Meizu’s been in the smartphone game for a very long time, and the company has a solid foundation of fans. Said fans aren’t exactly happy with every decision the company makes, but lately Meizu’s been solid. The Meizu Pro 7 and Pro 7 Plus were pretty incredible devices, and they’ve got fantastic mid-range devices too. This is exactly why we’re pretty enthusiastic for the eventual launch of the Meizu 15 line. 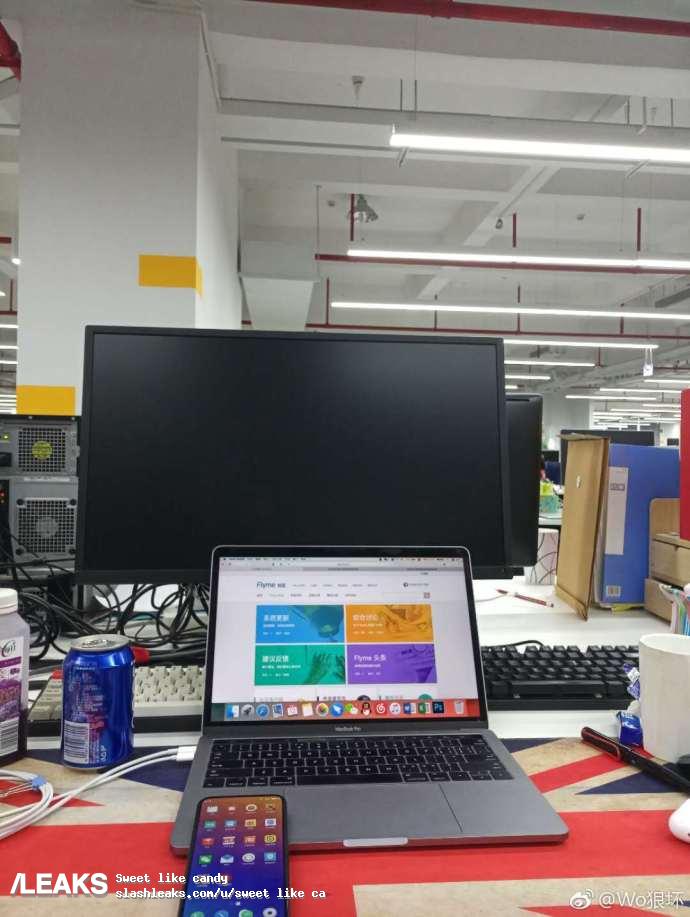 Up here, we’ve got what’s supposedly a live image of the Meizu 15, next to a laptop and television. We’re somewhat doubtful that this is legitimately the Meizu 15, though we must admit it looks good. It looks very much like the Mi Mix line, but somehow more elegant. Still, I feel this one is fake, just from how it looks when compared to the Android website leaks from last month.

The design language of those devices were much more realistic. They were also more original and actually resembled something that might come from Meizu. Yeah, if you couldn’t tell, I’m pretty convinced this is a phony image. It’s possible I’m an idiot and wrong, but that’s a risk I’ll take. We don’t have long to wait until the official launch, so we’ll see how if I’m right or wrong when it finally comes.