Meizu has managed to come in with a couple of full-screen smartphones in face of the Meizu E3 and M6S. But we haven’t seen a true flagship with a border-less screen and other trendy features. It’s thought to be the forthcoming Meizu 15, an awesome device designed by the company’s CEO himself. And though this phone has appeared on the net for multiple times, we haven’t heard anything certain and official yet. Today, the senior vice president of Meizu Technology, Yang Wei posted on Weibo an interesting picture hinting at the launch time of the phone. 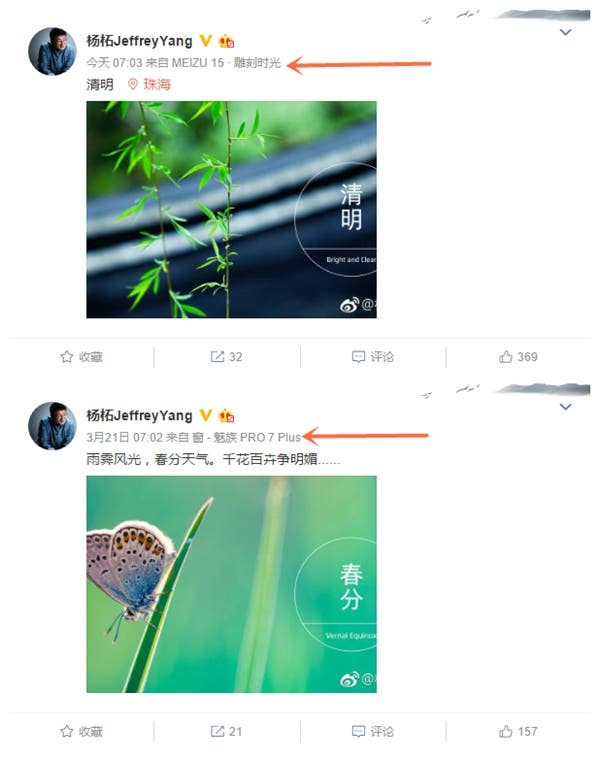 As you know, the Meizu 15 series smartphones have already visited TENAA. According to the latter, the Meizu 15 uses a full-metal body with a dome-type antenna design. On the front, it has a round Home button supporting fingerprint scanner. Thus the previous leak concerning the side-mounted fingerprint scanner is fake. On the back, it carries a dual-camera, which is accompanied by a ring flash.

The aforementioned features showcase the Meizu 15 is positioned the mid-range market like the OPPO R15 and VIVO X21. But as we said, there will be two other models in face of the Meizu 15 Pro and Meizu 15 Lite. The former one will sport a Snapdragon 8895 chip, while the latter will be packed with a less powerful processor.

The Meizu 15 line smartphones have leaked via various photos previously. They look stunning. So there is every chance to get closer to the top manufacturers. All three models are expected to release this month (on April 15) and ship at the end of April.