Well, this issue will be tackled in the upcoming Android P operating system. Reports suggest that the new Android system will be able to identify the last used Bluetooth volume setting for each device. Android users who daily stream audio to Bluetooth devices will certainly appreciate this feature because their iOS counterparts have been enjoying it for quite some time now. 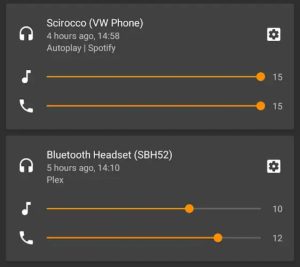 The Android P Developer Preview 2 will sport this feature. In addition, Andriod is also planning an improvement to the volume slider. Seeing that the volume knobs are usually arranged vertically at the side of a smartphone, Android will swap to a vertical volume slider as opposed to the current horizontal slider. Well, this addition is likely to have mixed reactions from users who are already used to the horizontal slider.