The official Nubia answer to the Xiaomi Blackshark and Razer Phone is here! The Nubia Red Magic is Nubia’s first attempt at making a gaming phone, and it’s quite the interesting device. The big question of everyone’s mind now is how does it stack up to the competition? Read on to find out!

The Nubia Red Magic features a very gamer oriented design akin to the Xiaomi Blackshark, though it looks much better in my opinion. The back is metallic, with a hexagonal theme for the camera and fingerprint sensor. The most interesting part of the entire design however is the configurable LED strip on the back. There are three vents for some form of air cooling, as well as graphite layers to help with heat dispersion.

As for dimensions, the Red Magic’s are 158.1 x 74.9mm x 9.5mm. It weighs in at 185g, which is inline with the other gaming phones available at the moment. There are antennae bands along the top and bottom of the rear, presumably to help with reception. It comes in the colors red with black highlights and black with red highlights. Overall, it’s a pretty unique looking device, with some interesting flourishes here and there. 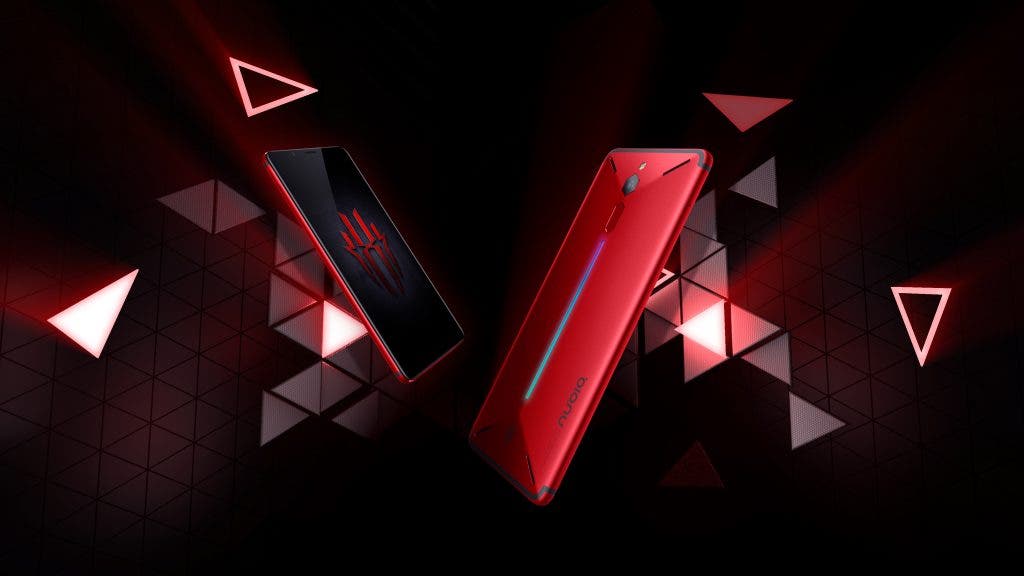 The display on the Red Magic is a 6″ LTPS 2160x1080p display, which means an 18:9 aspect ratio. Protecting that display is a piece of NEG Dinorex T2X-1 glass, which according to their website, is shock and scratch resistant. We’re not sure how it compares to Corning’s Gorilla Glass, though there’s at the very least some level of protection out of the box.

A gaming phone can look as dandy is it needs, but if the internals aren’t good enough then it defeats the purpose. With that, we’ll take a look at the Nubia Red Magic’s specs. Disappointingly, the Nubia Red Magic comes with a Snapdragon 835 chipset instead of the top of the line Snapdragon 845. It may have something to do with the recent issues between ZTE and the US, but that’s a whole other story. Paired with that is 6GB/8GB of RAM and 64GB/128GB of internal storage. It seems the storage is non-expandable, as Nubia makes no mention of it.

The Nubia Red Magic features a performance mode that’s activated via a hardware button on the device. This seems to be the key feature of Chinese gaming smartphones so far, so expect to see more of it. Keeping the Magic going is a decently sized 3800mAh battery that supports fast charging, though we would’ve liked to have seen a bigger battery.

As for the rest of the specs, the Nubia gaming phone has a USB-C port on the bottom, and a single mono speaker (though there’s DTS sound). There’s the fingerprint sensor on the back of the device, and there’s also the cooling system that we don’t know much about other than that it’s air based. The device runs on a new Red Magic launcher based on Android 8.1 Oreo, which is fairly pleasant.

It doesn’t seem like the device supports dual sim cards, though there is 5GHz WiFi 802.11 a/b/g/n/ac support on board. Along with that, there’s also Bluetooth 5.0, GLONASS, 4G LTE, Bluetooth 5.0, MIMO 2×2 and GPS. Perhaps the most noteworthy thing about the Red Magic is that it has a 3.5mm headphone jack on top. It’s about time too, gaming phones should really all have headphone jacks.

Nubia Red Magic will be available on April 26 via IndieGogo for $399. In China you can order the phone from April 25 for CNY 2,499 ($399) for the 6GB+64GB model, as well as CNY 2,999 ($479) for the 8GB+128GB variant. Early birds will apparently receive perks like free t-shirts and backpacks among other goodies. Nubia says more news will come in the following days.

So, that’s the Nubia Red Magic! What do you think of the device, and does it stack up to the competition? Will the Snapdragon 835 chipset hold it back, or will its lower price compared to other gaming phones proper it forward? Tell us your thoughts in the comments section below, and stay tuned to Gizchina for more news on the Nubia Red Magic!