When talking about top-notch smartphones, we usually forget about such models that come our way from VIVO, OPPO, and the manufacturers like them. One of the best proofs is the newly announced VIVO X21. Its under-display fingerprint version is the second phone after the VIVO X20 Plus UD that features this technology. But it’s talked too little. Moreover, the X21 leads the top 30 products ranking in China or it has become a double-winner in offline stores. This simply means we are dealing with a highly-demanded smartphone that can beat any rival. As for today, the manufacturer announced a new color option that should win more customers’ hearts. The black/gold variant is officially out. 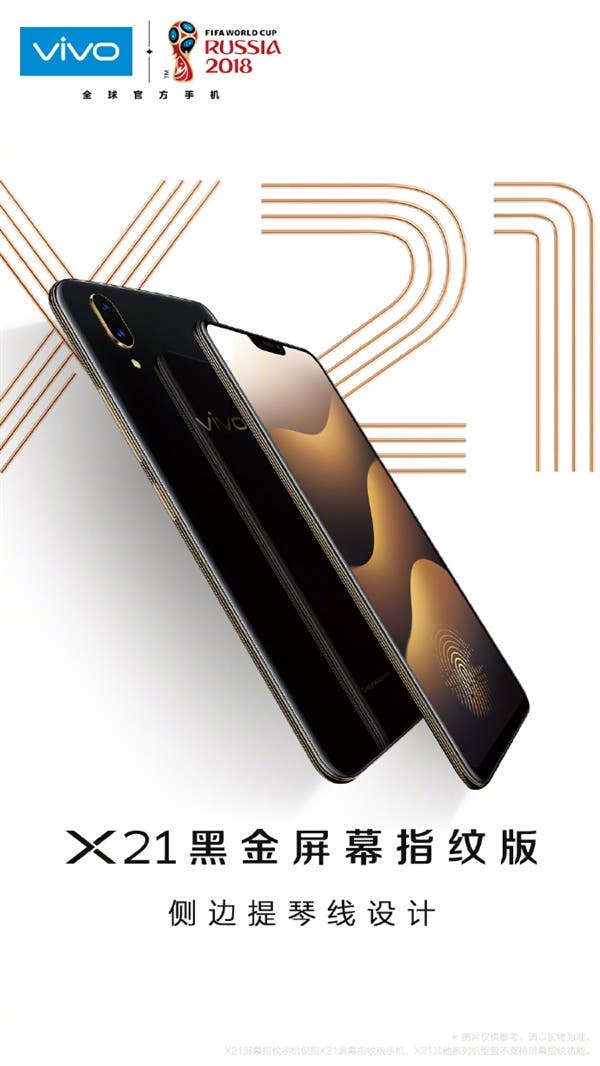 The original VIVO X21 UD was announced on March 19. It started shipping on March 28. Initially, there have been three color options including the Aurora White, Ice Diamond Black, and Ruby Red. The one announced today comes with a black housing and gold middle frame. As you can guess, it’s based on the Ice Diamond Black variant. And the only changes refer to the replacement of silver elements with gold ones.

Seems, there are not big changes. But what the company has done makes the phone look more attractive. Not in vain, the VIVO X21 UD Black/Gold variant is considered to be an exclusive version.

If you remember, the previous-gen VIVO X20 has a black/gold model as well. The biggest change to it is the integration of four gold lines in the middle of the body. Using golden lines around the entire body and stepping around the edges of the middle frame creates an extraordinary atmosphere.

It is reported the VIVO X21 UD Black/Gold version will start pre-sale on April 25 and will ship on April 28.

Next Samsung Galaxy A6 and A6+Renders Reveal Full-Screen Design