Like we reported a few hours ago, the Nokia X6 smartphone will be unveiled in about three days from now, as a continuation of the X-series of Nokia phones and a refresh of the Symbian-powered Nokia X6 that was first announced back in 2009.

We expected the device to be shrouded in secrecy considering the very short time between the first leak and the release date, but now, a render of the device has just surfaced on the web for you to drool over.

And while we expect HMD Global to try the notch design with a more premium device, the company is opting for the trendy notched and bezel-free design as already adopted by other copycats phones. The bezels on both sides are almost non-existent, but there exists a bit of it on the chin where we now have the Nokia logo. This isn’t an official render, so we advise you take it with the proverbial pinch of salt. 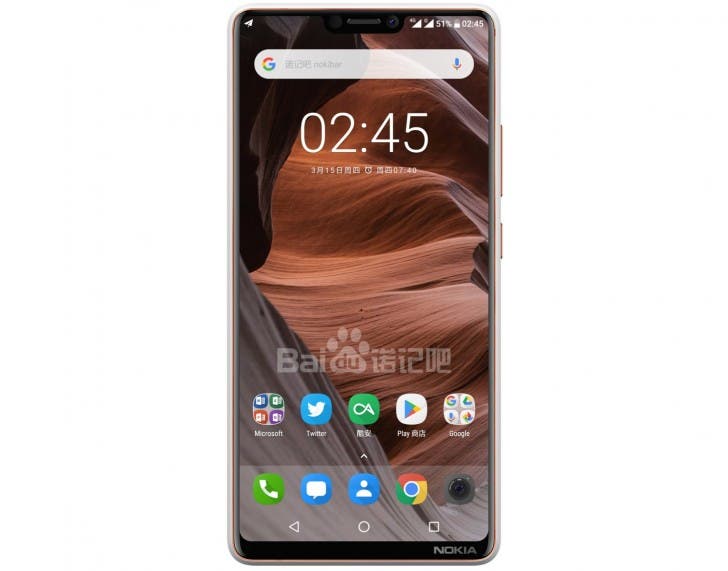 As for the expected specs sheet, the Nokia X6 is expected to pack a 5.8-inch bezel-free display with 19:9 aspect ratio, and will come in two variants – depending on the chipset. A variant is supposed come with a Meditek P60 coupled with 4GB RAM, while the second could be powered by the SD 636 with 6GB RAM.

Next Official : OnePlus 6 gets May 17 launch date in China