One major open secret regarding the upcoming OnePlus 6 has finally been uncovered,  if the information available on OnePlus’ Chinese website is to be believed. A check on the website reveals that the company has a dedicated teaser page which contains the OnePlus 6 launch invitation.

The launch teaser / Invite which has  “The Speed You Need” tagline reveals that the OnePlus 6 will be unveiled in China on May 17 in Beijing at 10 AM, local time, though the same device might launch in other countries including India a few days after the China event. Much like the OnePlus 5T launch event, the teaser also suggests the launch event is opened to local press and fans with the entrance ticket going for 99 Yuan (about $15 USD) from April 27th.

The last few weeks have witnessed a huge number of leaks,  and even official teasers from the company itself, so we already have a clear picture of what to expect. A recent teaser from the company indicates that the OnePlus 6, unlike its previous devices will have a glass design – an indication that the upcoming device might support wireless charging. A separate teaser also suggests the device might be water-resistance, however, we’re not sure whether the company means IP67 grade or IP68 grade water resistance. Obviously, the latter would be preferred but the former would do as well.

Much like other copycats OEMs, previous reports have it that the OnePlus 6 will come with the iPhone X-style notch on its display, but should be smaller than the one on the flagship iPhone X. Users will, however, have the option to hide the screen notch, but such feature will only be available as an update after the launch. 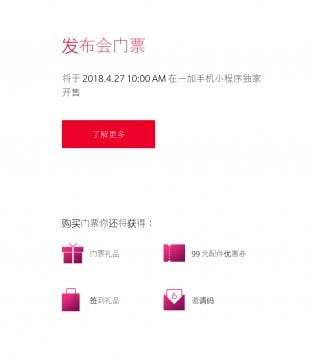 The device is tipped to come with a 6.28-inch full-screen – the biggest in any Oneplus device with up to 90% screen-to-body ratio. Under the hood, the device is expected to use the Snapdragon 845 SoC coupled with 8GB LPDDR4X RAM and 256GB UFS 2.1 flash memory. It will run on Android 8.1 and its lights will be kept on by a 3450mAh battery. 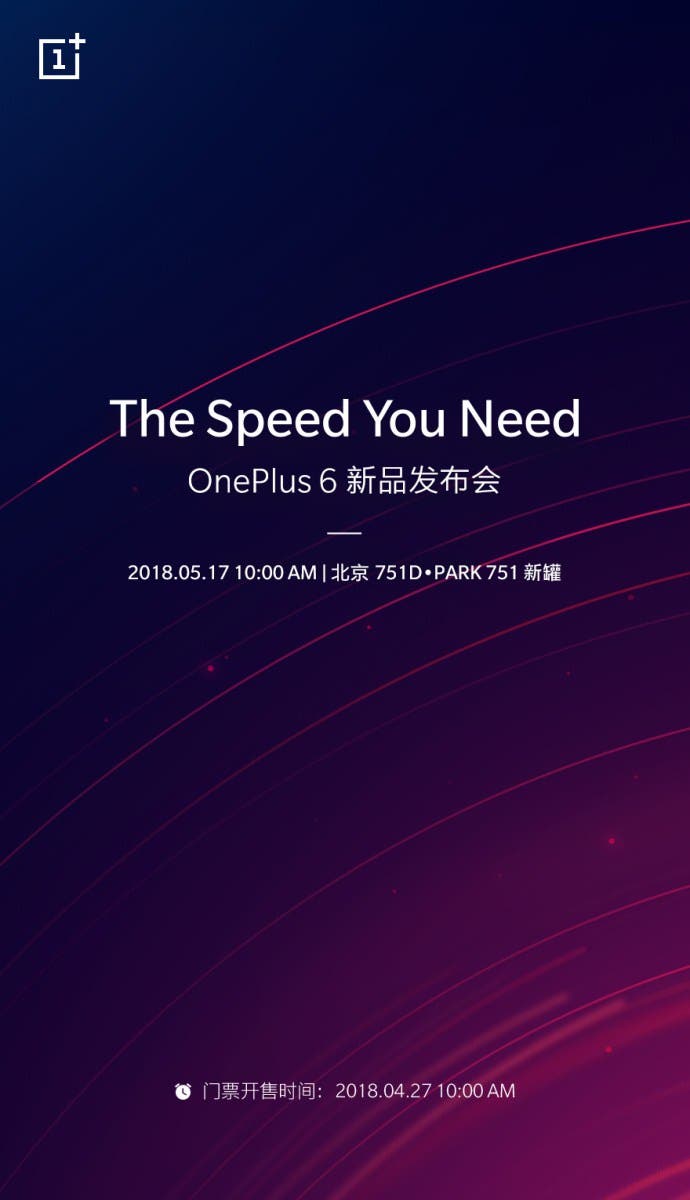 Lastly, reports flying around have it that there will be a Marvel-themed OnePlus 6 Avengers: the Infinity War edition that is expected to sell for 5,000 yuan ($796). OnePlus is yet to throw its weight behind this, so we are holding our breath for now.