After a Galaxy A6 hands-on video, today we finally have a hands-on of the Redmi S2. Also, surprisingly, the hands-on is coming from the Czech Republic of all places. We did see live photos of the handset yesterday but this leak also confirms the hardware of the phone. Moreover, the source of the video, dotekomanie.cz. says that the unreleased phone is already on show in the Czech Republic Mi Store. Further, a flyer has also been leaked today that reveals the Vietnamese price of the budget phone.

This probably means that Xiaomi is entering a couple of new markets including Czech Republic and Vietnam. Since the store has units on show, it follows that specs are also out in the open. Not that we didn’t know anything about the handset anyways. But here’s the recap. 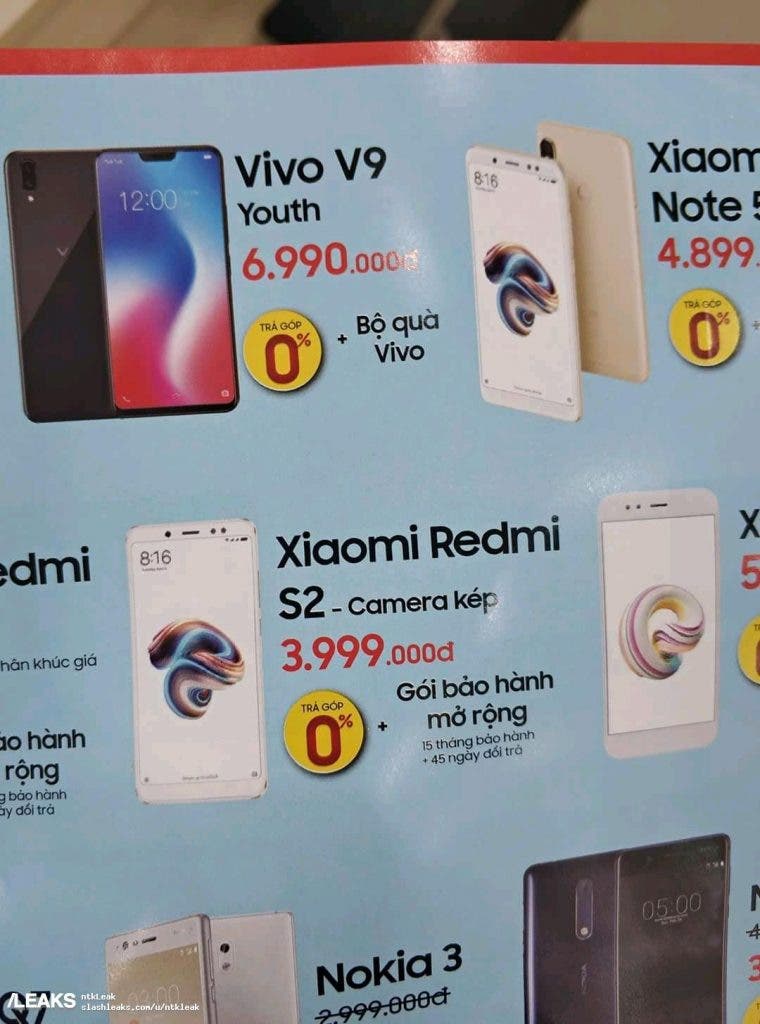 As for the leaked pricing, you can see in the image a price tag of VND 3,999,000 which converts to $176. However, we don’t know which variant has this price tag. The handset could be on the verge of launch most likely in the coming days.

Previous First Batch Of Meizu 15 Sold Out In 45 Minutes

Next Galaxy Note 9 gets CMIIT certification, might get released in Autumn