The under-display fingerprint scanning technology is nothing to scoff at, the tech pioneered by VIVO has come to stay, and it is bound to make appearances in some upcoming future flagship devices. Samsung reportedly made attempts to get the under-screen scanner for the Galaxy S8 and S9 duo all to no avail, resorting to using a rear scanner and iris scanner combo instead.

First reported by 91Mobiles, the patent schematics indicates Samsung would be adopting same/ similar placement working pattern used by the Synaptics Clear ID on the Vivo X21UD, but there are no indications whether or not it will same Clear ID™ FS9500 family of optical in-display fingerprint sensors. The sensor basically scans user’s fingerprint using the light-emitting property of the AMOLED display and sends the information to the processor of the phone for onward verification. 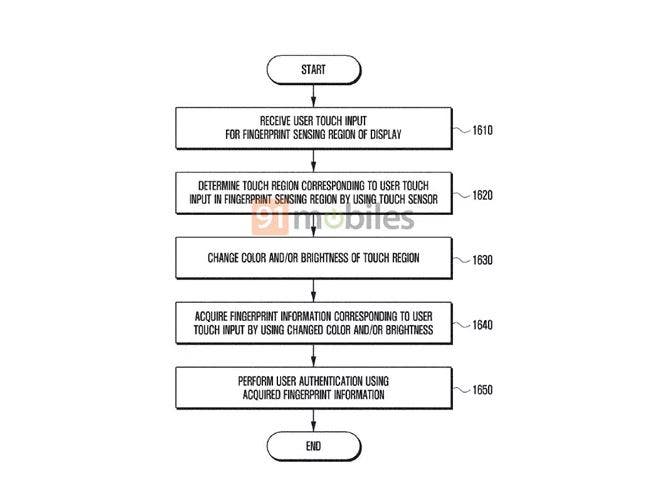 We expect to see the technology implemented on the Galaxy Note 9 which is expected to debut much later in the year at IFA 2018.

Previous Galaxy A6 and A6+ official prices listed in Netherlands