The Galaxy J6 is one of those J series phone that are closing in on launch this year. After spottings on Wi-Fi Alliance, FCC and various benchmarks, the handset’s support page was found on Samsung’s India and Ukraine website.

The first time we saw the Galaxy J6, it was in an Oreo firmware of the Galaxy Note 8. Support pages in and of themselves don’t reveal anything but they do reveal a product’s closeness to launch. 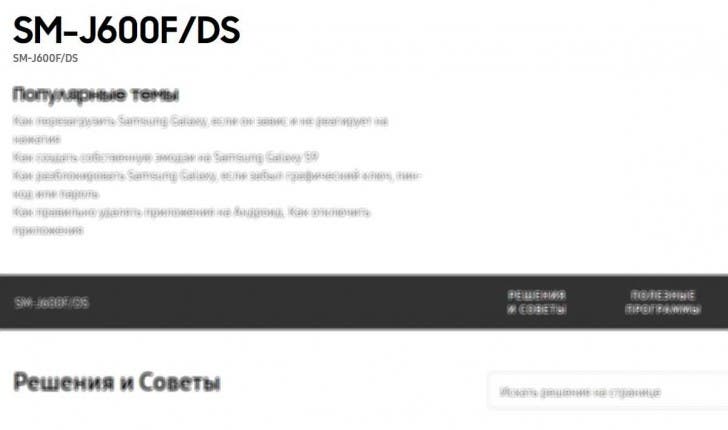 From previous encounters, we’re aware that the Galaxy J6 may well sport an Exynos 7870 CPU and 2GB of RAM. Another interesting tidbit about the Galaxy J6 is that we might see it with an Infinity Display. In other words, the same display that is on the Galaxy A8. The same displays are also heading to the Galaxy A6/A6+ which also are nearing official release. The displays will probably share the aspect ratio but differ in screen resolution.

Besides the Galaxy J6, the Galaxy J8/J8+ are also destined to come with elongated displays. We’re expecting an official announcement soon in the coming weeks.

Next OnePlus 6 To Sport A Heart Rate Sensor?