Xiaomi’s inclusion of the Snapdragon 636 chip in the Redmi Note 5 Pro was a headline grabber. Now it seems the company will do it all over again with a new Snapdragon 638. A new listing surfaced today on Geekbench with the chip onboard a certain Xiaomi device codenamed “Valentino”.

Now, this is a first that we’ve heard about a Snapdragon 638. If this isn’t somebody toying with Geekbench, then the SoC is likely an improved Snapdragon 636. Qualcomm has earlier revised its SD 650 line with versions like the SD 652 or SD 653. So, this wouldn’t entirely be an out of the blue move from the chip maker. The Snapdragon 638 is an octa-core chip clocked at 1.44 GHz. It is quite plausible that it will have at least two heavy Kryo cores like the Kryo 260. 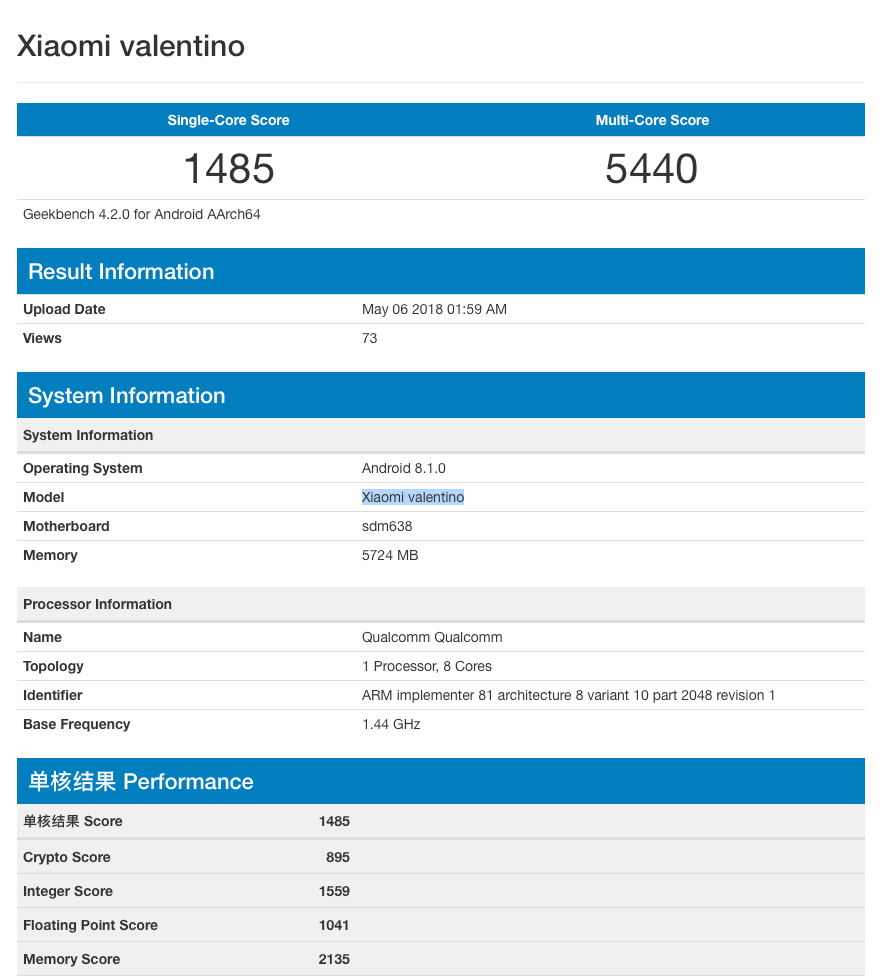 Moreover, the test result shows Android 8.1 running on the handset along with 6GB of RAM. As you can see, the single core score is 1485 which comes close to SD 820 chips, while mutli-core stands at 5440.

However, currently, we know of no device that is close to launch from Xiaomi that would harbour this processor. Xiaomi will be launching the Redmi S2 in a few days which evidently does not come with this chip. Moreover, the Mi 6X was launched with the Snapdragon 660. It will be interesting to see which handset ends up with the new chipset. But that will require Qualcomm to first announce it officially.