China Mobile is the Chinese equivalent of Vodafone in Europe, AT&T in the USA, and Vodafone (again) in India so it’s not surprising that they released a cell phone.
However, what is surprising is the price, and we dive in deep.

Starting at just $65, the China Mobile A3s forces everyone to rethink what a budget phone can offer, undercutting the king of the budget segment, the Redmi 5A by a good $30, a fortune in this price range.
Does China Mobile’s attempt at reigning supreme in the budget market succeed? 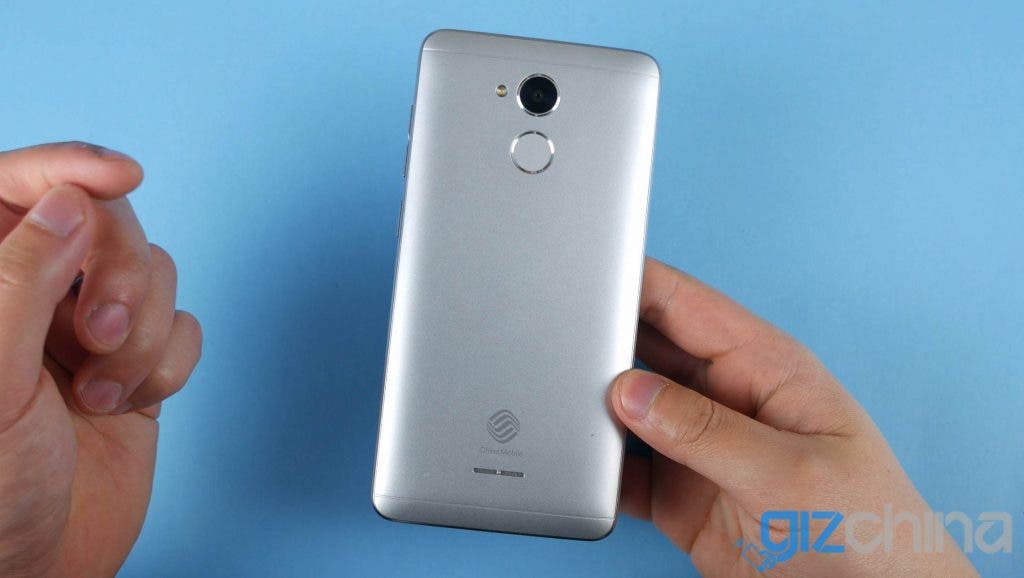 As is expected in the budget segment, the phone has a hard, plastic exterior that has the advantage of being very light and fairly strong while forgoing the premium feeling you get with metal and glass phones. The result is a phone that is fairly droppable due to its light weight and durable body, something that cannot be said of any glass covered flagship made.

The phone utilizes a microUSB connector and a 3.5mm headphone jack, a port that gets rarer as the phone price goes up. Capacitive buttons are included (my favourite!) below the screen. 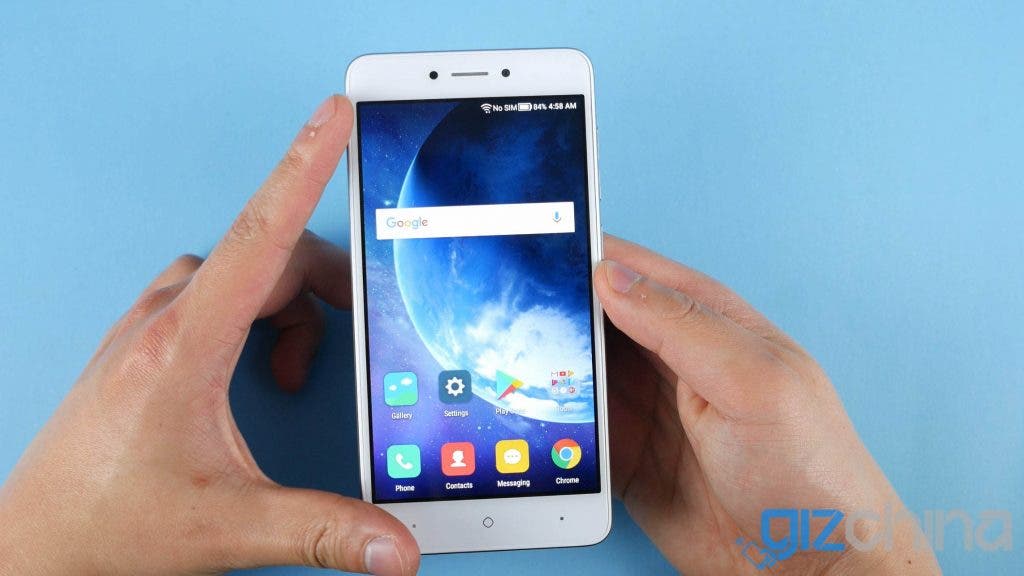 The phone does not look sleek or beautiful, with large bezels surrounding the screen, however the phone is still relatively compact by 2018 standards and easy to hold also. In my opinion, the A3s is ugly enough that there will be some people who would rather die than be caught using a phone like this, however at the price I don’t think its right to complain. 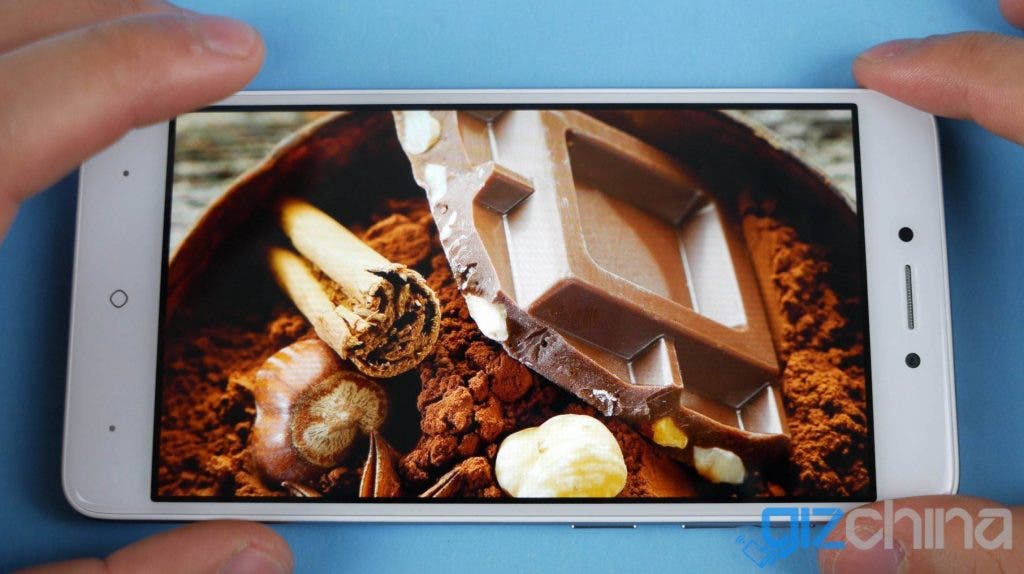 The phone has a decent IPS LCD display with a 720p resolution, and it looks fine. In my opinion, IPS LCD technology has advanced to the point where good looking displays can be made relatively cheaply. I do have a complaint about this phone though, and that would be maximum brightness. Its fairly hard to see in direct, bright sunlight. 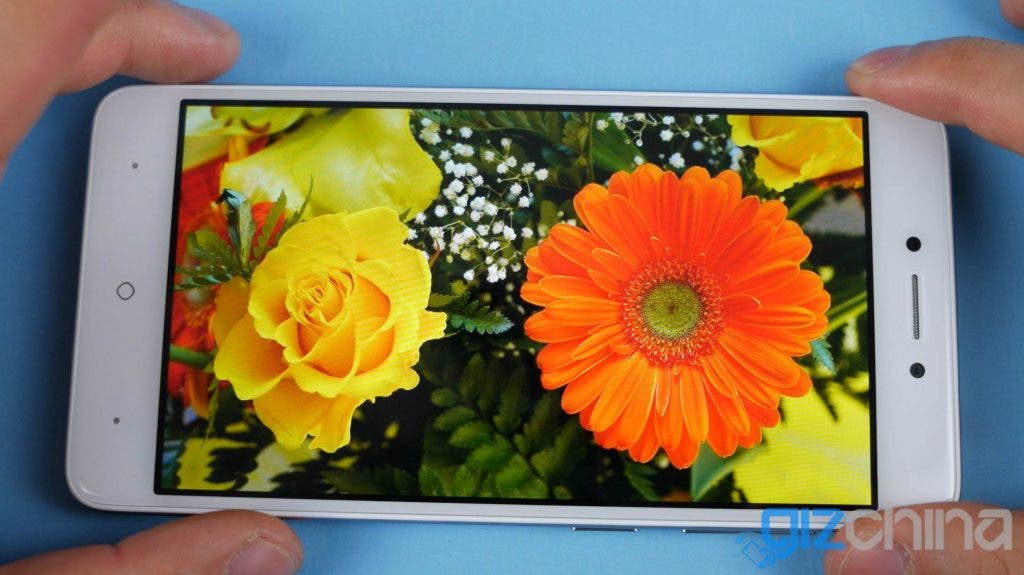 We find adequate speakers on the China Mobile A3s, the volume gets adequately loud, the quality is adequate, its nothing special, you’re going to miss the bass on action heavy movie scenes and bass heavy tracks, but its perfectly serviceable.

The China Mobile A3s gets slightly less battery life than I would have expected when you combine the Snapdragon 425 and a 2,800mAh battery.
The most similar phone to this would be the Xiaomi Redmi 4A, and I was able to get around 5-6 hours of screen on time consisting of web browsing, some Youtube, and some photos, no gaming in this mix. While that is a respectable result, I’m fairly certain that you should be able to squeeze out about an hour of so more screen on time, owing mostly to software optimization. I was seeing faster than normal standby battery drain than should be appropriate, and hopefully it can be fixed in the next OTA update.

Android 7.1 Nougat is included in the phone, and there is a light skin that replaces the notification shade and settings menu. The launcher is also changed to remove the app drawer, but a custom launcher fixes that quick. The stock keyboard on this phone is Touchpal, something I’ve seen on other budget devices, and I’m not a fan, I always switch to Google Keyboard. 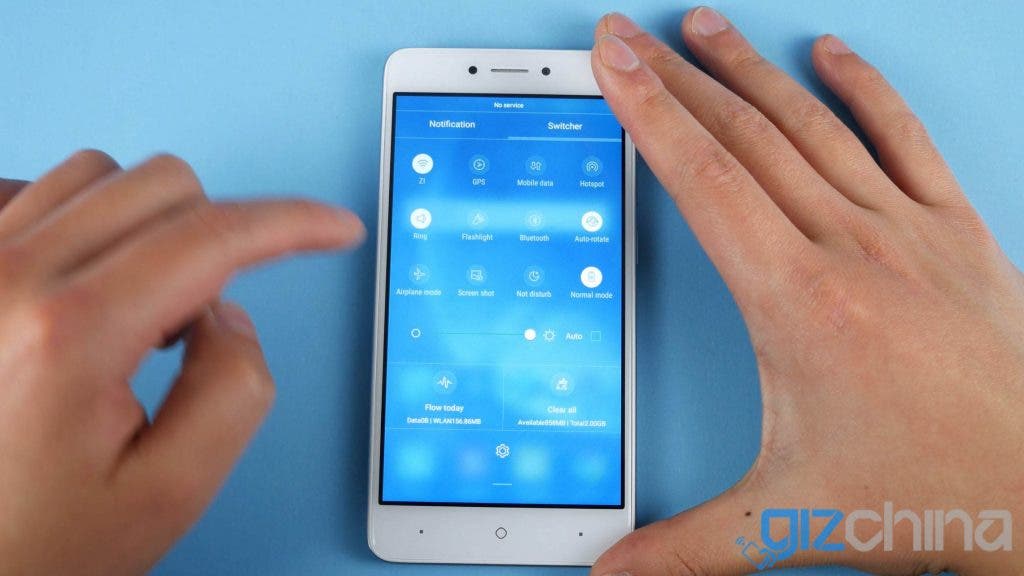 Performance is somewhat slow on the stock launcher, replace it with NOVA launcher and its much zippier. App launch speed is fairly typical for the Snapdragon 425, it does take a moment to launch bigger apps, but its mostly good enough for your basic social media and web surfing. 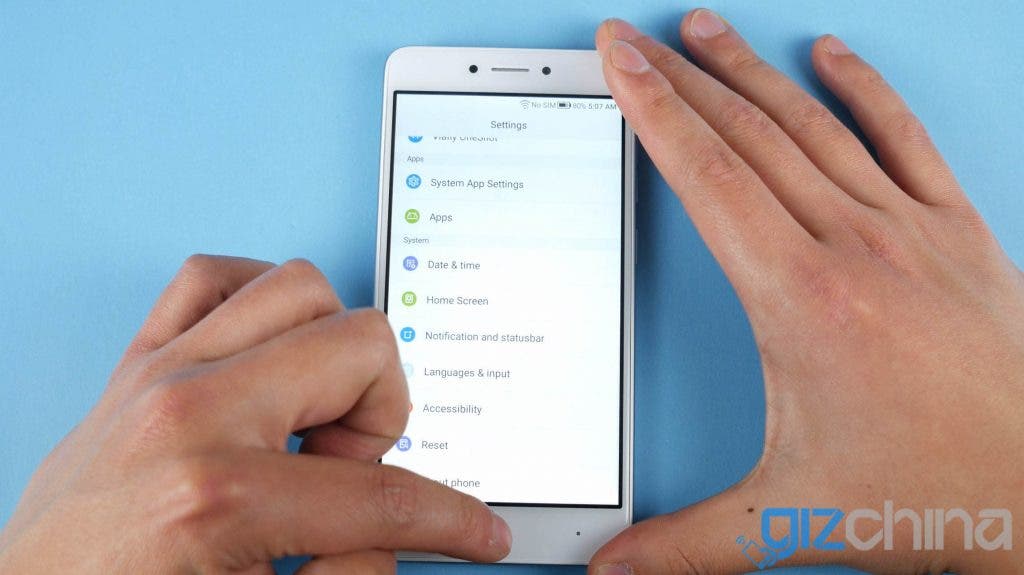 Multitasking is hard on this device. 2GB of RAM is not enough in 2018 and the end result of that is that whenever you minimize an app, it basically clears it from memory if you open another app because there isn’t enough, resulting in the app relaunching every time.
You can do some light gaming like Clash Royale or Candy Crush, however don’t expect this to play PubG or Modern Combat.

The fingerprint sensor works very well, it is very accurate and fairly quick when you consider the price, no its not a Oneplus 5T, but it takes a reasonable amount of time to unlock.

This phone is almost completely incompatible in North America, but it does fully support European bands so European residents need not worry.

WiFi reception is quite stellar on this device as is Bluetooth connectivity and range, however GPS does not work as well as I expected, locking on was fairly slow and the GPS jumped around a little bit. 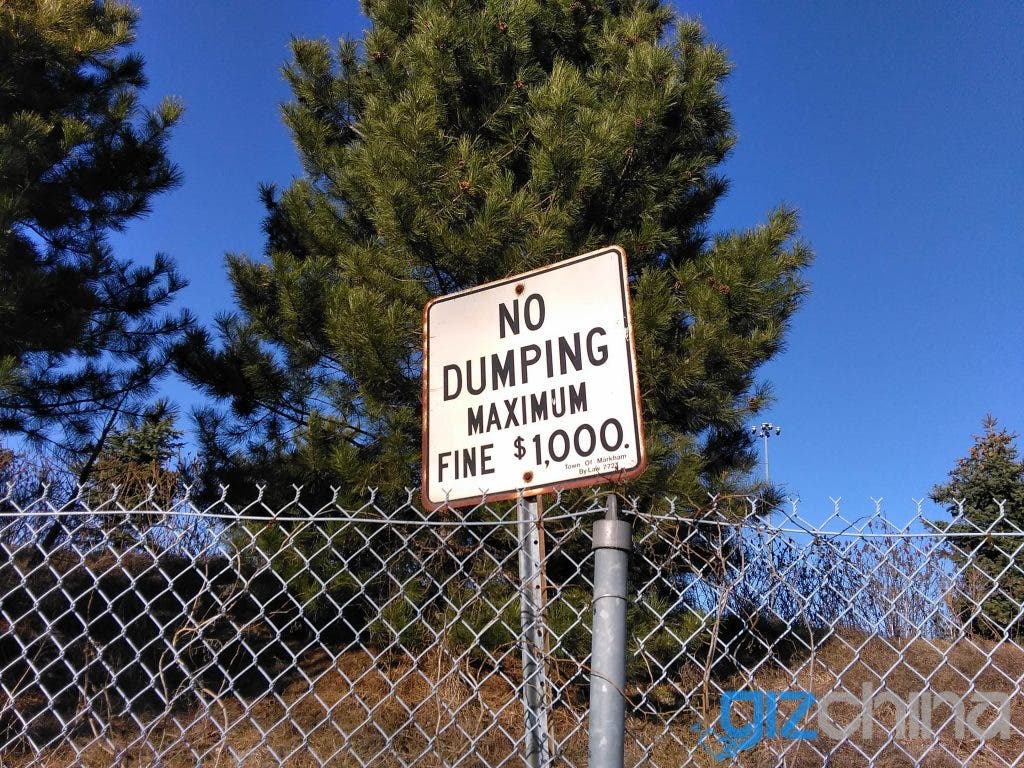 The cameras here can take some very decent photos. If you take macro shots you can get some very nice detail, colour saturation, and dynamic contrast. However in suboptimal conditions, grain is introduced almost immediately. Colour reproduction actually stays fairly similar but the detail takes a nosedive.
It has a fairly slow shutter speed which means motion blur is introduced with moderate movement. 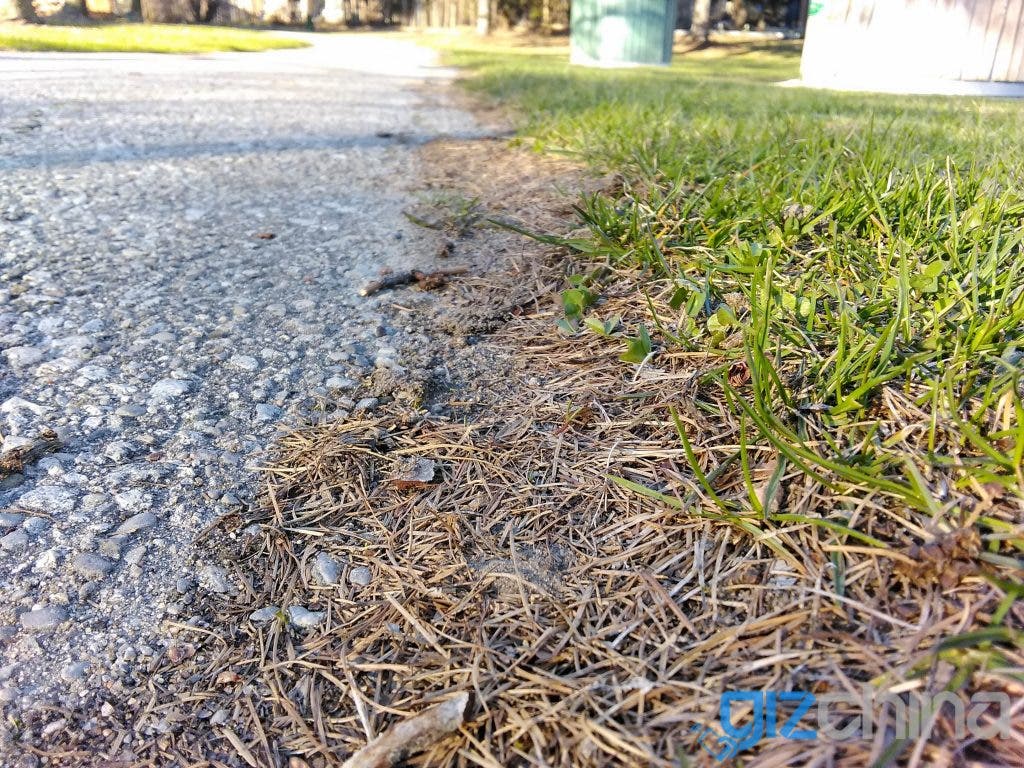 The front facing camera is pretty bad, its 2MP interpolated to 5MP, so you can guess how bad its going to be. 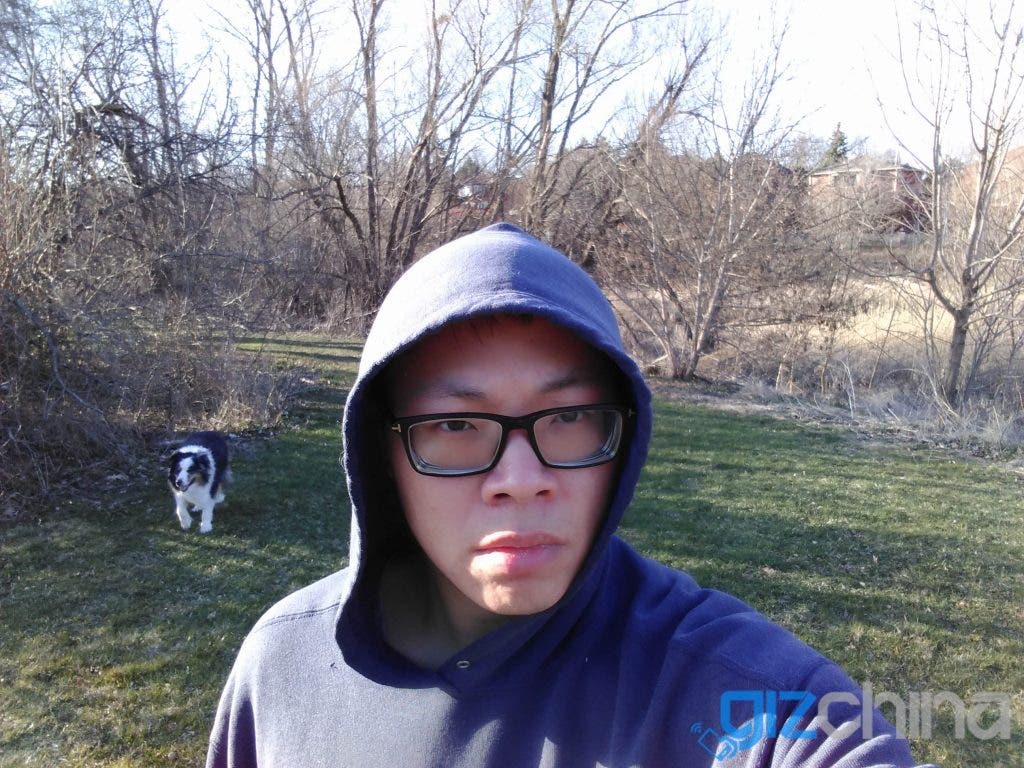 You can film up to 1080p video, but the detail level is closer to 720p. Colour reproduction is actually still pretty decent, but detail is bad enough to make the video quality bad.

Most of the phone can be described as “good enough”, which is definitely considered praise when you account for the measly price tag with the next step up a good $30 more, namely the Xiaomi Redmi 5A. There’s no doubt the Redmi 5A is a better phone than the China Mobile A3s, but is it $30 better? Not in my opinion.