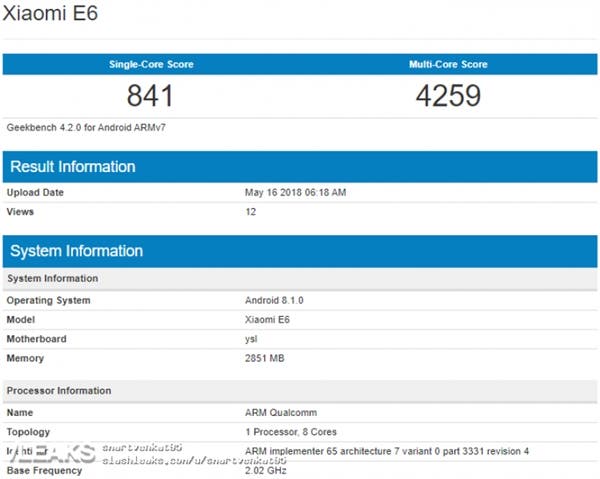 This is obviously a budget smartphone as it is powered by a Qualcomm Snapdragon 625 processor clocking 2GHz coupled with 3GB of RAM and the internal memory should not be less than 32GB. This smartphone runs on Android 8.1 which is usually the expectation of a new smartphone. As per its Geekbench performance, this device hit 841 on single-core and 4259 on the multi-core result. Basically, this device’s scores is similar to that of the Xiaomi Mi 5X.

The identity of this smartphone is not entirely known but looking at the configuration, it will probably be in the Redmi series and should not cost more than $200.