We are less than a week away from Samsung’s India unveiling event which is tipped to hold in Mumbai, India. While all indications point toward the arrival of the Galaxy J6, Galaxy J4 and possibly the introduction of the Galaxy A6 (2018) duo to the Indian market, a new Samsung Galaxy device has made its way to the benchmarks – a good indication that it is very well due to arrive.

A new smartphone from Samsung with the model number (SM-J737A) has been spotted on Geekbench database, revealing a few of its basic specs. The device which had earlier appeared on the Wi-Fi certification’s website is rumored to be the Galaxy J7 (2018). 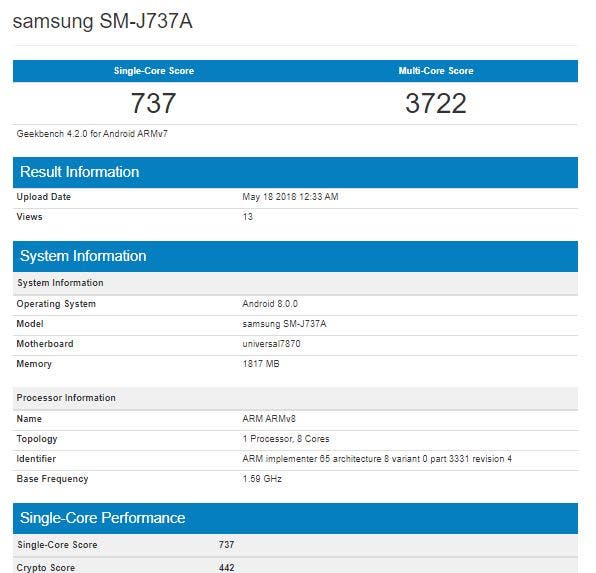 Samsung has a launch event scheduled for May 21 in India, however, it hasn’t announced what product/s could be launched on the said date.