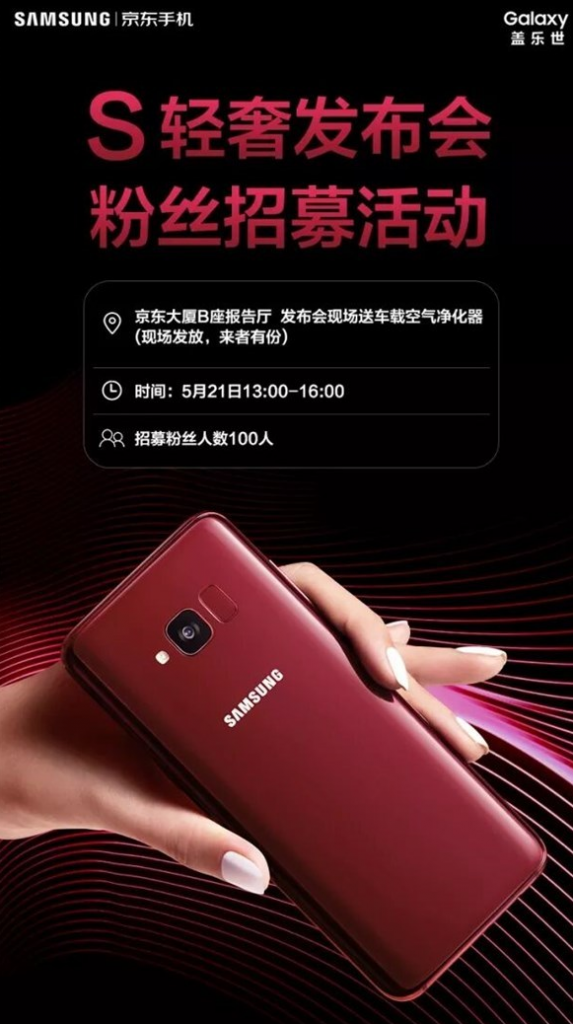 From previous reports, the Samsung Galaxy S light luxury version will be powered by a Snapdragon 660 processor based on 14nm manufacturing process using Kryo 260 architecture. It comes with an eight-core design clocking 2.2GHz. This CPU is supported by an Adreno 512 GPU, 4GB of RAM and 64GB of internal storage. It uses a 5.8-inch full-screen curved display like the Galaxy S8 and the rear is designed with a 3D glass material. In the camera department, the Galaxy S light luxury version is equipped with an 8MP selfie shooter coupled with a 16MP rear camera. It runs on Android 8.0 and has a 3000 mAh to keep its lights on. This smartphone will be available in dark night black and Burgundy red colours.

Next Lei Jun Re-Confirms Xiaomi's "End Of May" Conference