Recently, a new phone coming our way from the South Korean LG leaked on GeekBench. Today, as AndroidHeadlines reports, there were released three smartphones of the Q7 series. Actually, they all belong to the same generation and family, but the LG Q7, LG Q7 Plus, and LG Q7α differ by a few features. 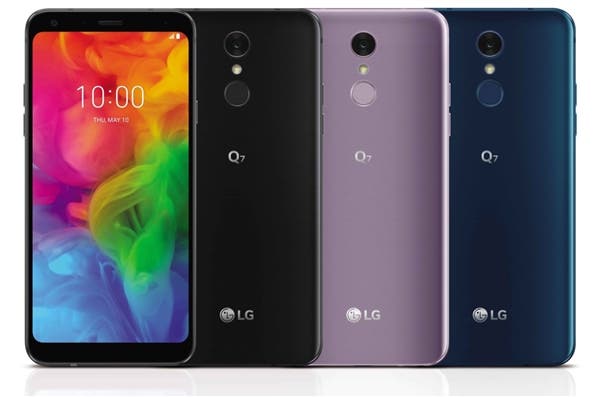 The LG Q7 series handsets sport the same design. Thus, they all come with a 5.5-inch screen with a Full Vision technology, an aspect ratio of 18:9, and a resolution of 1080p. On the back, they use a metal material. The single-camera and a fingerprint scanner are placed on the rear panel as well.

As for configuration, the LG Q7 and its siblings are packed with an octa-core processor clocked at 1.5GHz/1.8GHz. Though the model number is not given, there is every reason to think it is the MediaTek Helio P10. The storage options differ from model to model. Say, the LG Q7α comes with a 3+32GB memory option and supports up to 2TB expansion; the Q7 is packed with the same combination, while the LG Q7 Plus sports a 4+64GB storage.

The camera sensors differ a lot as well. The LG Q7α features a 5MP front-facing camera, while a 13MP camera supporting PDAF is on the back. The Q7 is upgraded to an 8MP, while the rear camera remains the same. Finally, the Q7 plus comes with 8MP front and 16MP rear camera sensors.

The rest of features are basically the same. They include a WiFi and NFC support, USB Type-C port, 3000mAh battery, IP68 rating, and DTS: X 3D surround sound. The Q7 Plus also supports quad-core DAC HiFi. They come with Android 8.0 pre-installed.

The LG Q7 series phones are expected to hit the European market in early June. The US and Asian markets will come after it. Unfortunately, the price tags have not been announced yet.