The Vivo X21 UD has been confirmed to launch on the 29th of May in India. It was launched late March in China and subsequently saw its first international launch in Singapore in early May. The X21 UD will be a Flipkart exclusive smartphone. The Flipkart app has already started teasing the launch of the same. Whether other variants of the X-series, X21 and X21i will see the light of day in India, is not yet known. 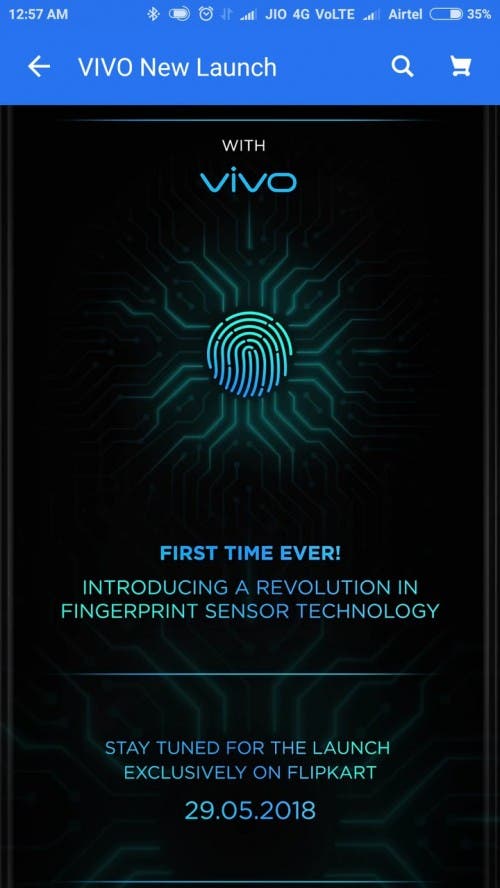 The X20 UD was never made available in India. So the Vivo X21 UD will be the first phone with an under-the-display fingerprint scanner to hit the Indian shore. The X21 UD features a 6.28-inch Super AMOLED display with a 19:9 aspect ratio and 1080 x 2280p resolution. The high aspect ratio is a result of the bezel-less design and the notch on top. The phone is an amalgam of metal(aluminium) and glass measuring 154.5 x 74.8 x 7.4 mm and weighing 156.2 grams. Processing is handled by the Qualcomm Snapdragon 660 chipset coupled with 6GB of RAM and 128GB of onboard storage, expandable up to 256GB.

As far as the pricing and availability are concerned, no details have been revealed yet. In China, the X21 UD retails for ~$570 which translates to roughly Rs. 39,000. It might see a price deviation of 1-2k in India. As far as the variants are concerned, the X21 UD is available in Ruby Red, White and Black in China and will probably be launched with the same variants in India too.