On April 25th, Xiaomi launched the much hyped – at the time – Xiaomi Mi 6X. The smartphone then turned out not to be a great success as it packed mid-range specs for a price not everybody was willing to shell out. That might change tomorrow though, as new reports from China suggest a cheaper variant hitting the shelves very soon. 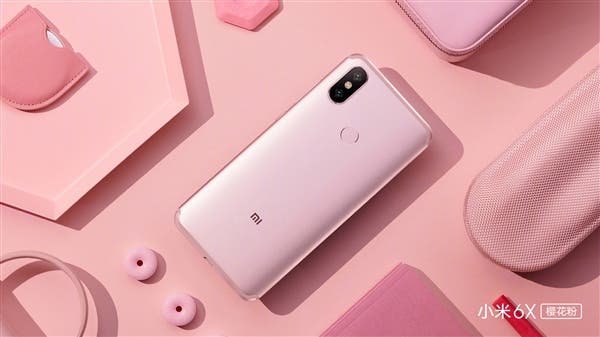 The said variant is nothing but an ordinary Xiaomi Mi 6X with less built-in store. The new Mi 6X is indeed going to pack 4GB of RAM and just 32GB of storage, in contrast to previously released models that came in 4GB+64GB, 6GB+64GB and 6GB+128GB memory configurations.

Additionally, the cheaper phone might be coming in a brand new color as well as featuring NFC, which would be weird to find on a more affordable model, but so we hear. 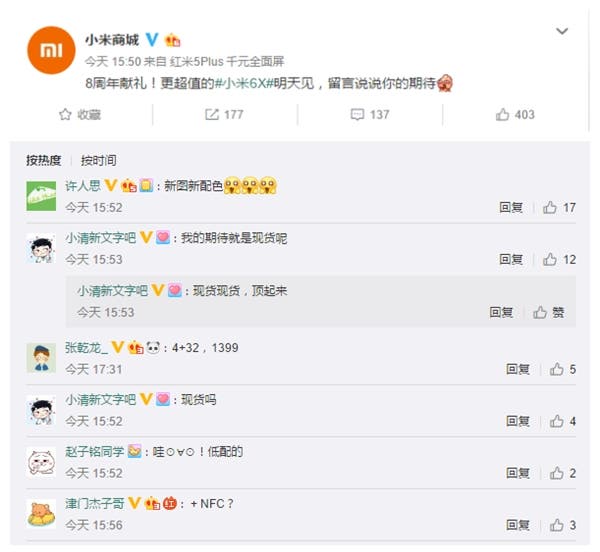 As we previously mentioned, the new Mi 6X won’t see any other changes. Which means we’ll still find a large and high res 5.99-inch FHD+ display, a dual 12MP + 20MP  rear camera setup with AI support, a 20MP selfie shooter with portrait mode and, most importantly, a Qualcomm Snapdragon 660.