The Chinese phone maker – Vivo will be holding a launch event in Shanghai, China on June 12, and it has now been confirmed that the Vivo APEX concept phone that caused a stir at the MWC earlier this year will be the highlight of the event. However, the latest development may mean the device won’t be alone, as a new Vivo phone has just been spotted on the Geekbench database.

A new vivo phone with model number 1808 has not only just passed through the Geekbench test, it has also secured the requisite certification from Eurasian Economic Commission in Europe (along with model vivo 1803) and Ecomm in Malaysia which indicates that its launch may not be far away.

Interestingly, the device much like the Xiaomi Cactus and Cereus has the unannounced MediaTek MT6765 chipset coupled with 3GB of RAM on board. The newly tested Vivo 1808 ran Android 8.0.0 Oreo and managed to return a managed to return total points of 837 on GeekBench’s single-core benchmark test, in addition to a score of 3645 on the multi-core test, and these are indications that the device might be a mid-range, but hopefully, we’ll find out more when the device is made official. 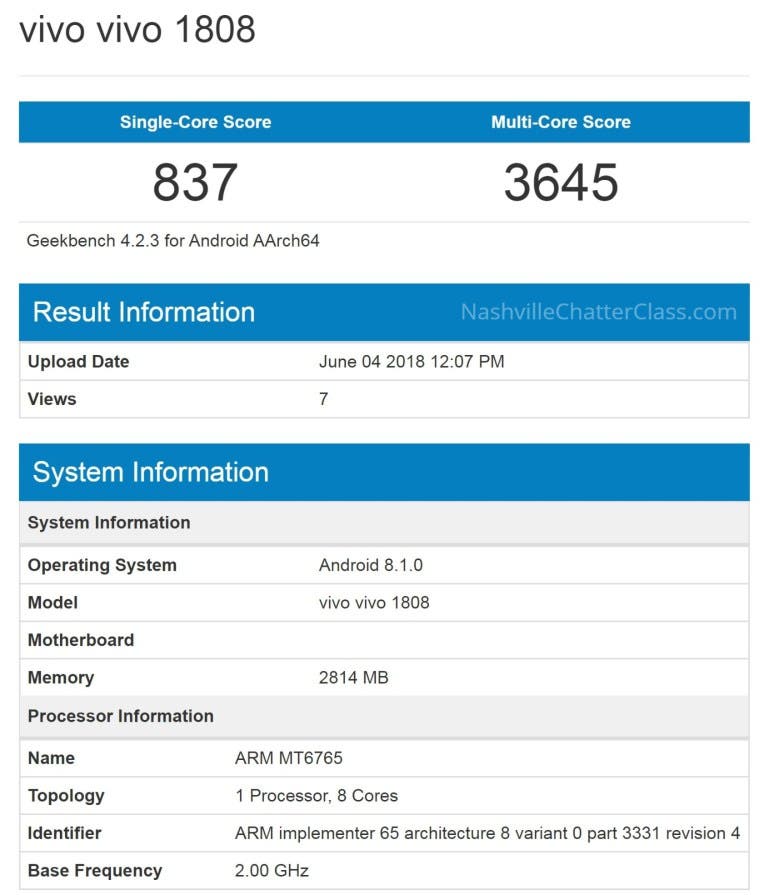