There have been echoes all around Xiaomi fan circles of a Mi A2. Xiaomi has never officially confirmed that it will launch a Mi A2. However, after sightings of a Mi A2 Lite version being certified in Singapore, these rumblings gained much more weight. However, it seems an unofficial hands-on video leaked today of a prototype Mi A2 on YouTube, as spotted by GSMArena. Sadly, that upload by two Spanish guys is now removed but images captured from that 11-minute long video remain. 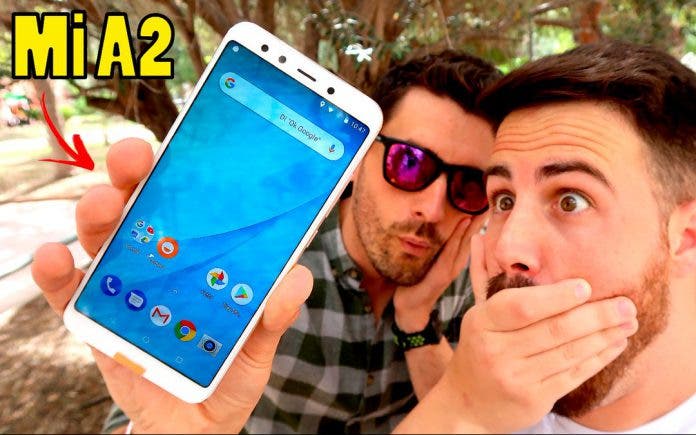 Thus, the Mi A2 is no longer just a ghost device, it is very real even though Xiaomi won’t admit it. And judging from the prototype quality, it is almost ready for prime time. You can imagine an 11-minute video is good enough to cover most aspects of a phone in detail. Likewise, the channel (PimpiTronic) that uploaded the video also had camera samples and what not.

As for what we can expect from the device, fans of the line know that it is just a rebranded Mi 6X. And the Mi 6X has some very powerful specs for a mid-ranger. In fact,  the Mi A2 is not one bit different from the Mi 6X. We have a couple of snaps from the video thankfully that you can see above.

As for specs, the Mi A2 will feature a Snapdragon 660, a 5.99-inch Full-HD+ display, 12MP + 20MP AI dual-camera setup on the back with 4k video support at 30fps. The front is home to a 20MP Sony IMX376 sensor with soft LED flash and AI Portrait Mode. In essence, you can just copy paste the Mi 6X spec sheet here and say that it is the Mi A2. What remains unknown still are exact launch schedules. Hopefully, Xiaomi finally can break its silence after this prototype leak.