If previous reports are to be taken seriously, Samsung could unveil the Galaxy Note 9 much earlier than imagined. While the company hasn’t confirmed any unveiling date,  reports flying around suggest the device might arrive on August 9 both in a bid to make up for the poor performance of the Galaxy S9 and to beat Apple’s iPhone X2 to market.

While we are still weeks ahead of the purported August 9 launch date, the Note 9 has been a regular visitor to the rumor mill leaking in both renders and specs, so we already have a glimpse of what the device might bring to the table. While all evidence already suggest the Note 9 won’t come with any significant update in terms of design, we now have a new leak from China’s Weibo corroborating previous leaks.

The leak courtesy of a Weibo user is yet another proof that front design of the Note 9 will be almost same as that of the predecessor model. As you can see below, the leaked image depicts a front panel similar to the one found on the Samsung Galaxy S8, with rounded corners, virtually no bezels on both sides, with slightly thicker bezels at the top and bottom of the device.

It was previously rumored that the Notte 9 would come with an extra physical button on the frame but was however dismissed as it was later revealed to be cut-outs meant to be used with a small lanyard. 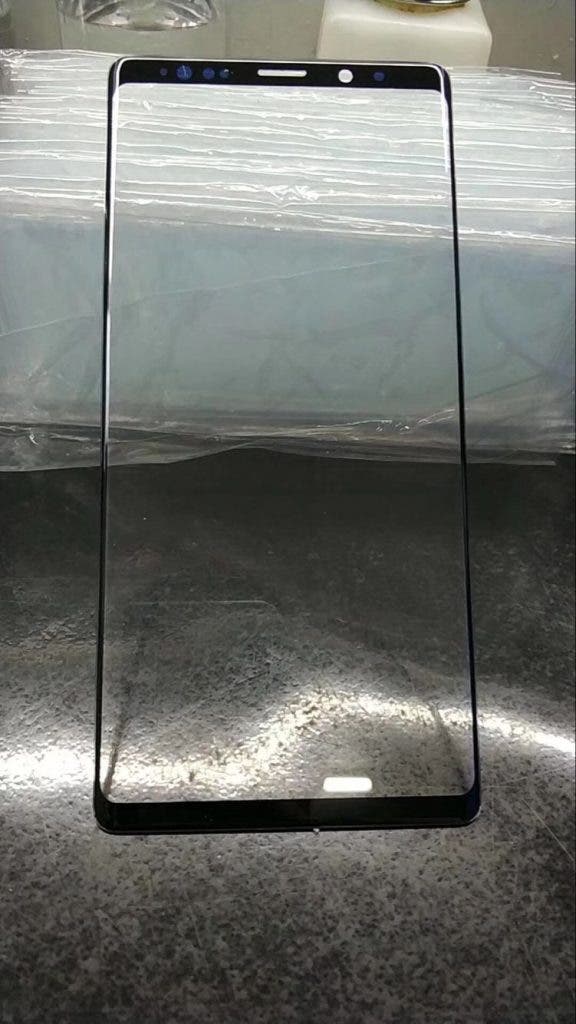 As for specs, the Note 9 is expected to pack a sizable 6.38in display, bigger than the Note 8’s 6.32in offering, but contrary to our expectations, the device won’t get the on-screen fingerprint scanner, instead, Sammy would settle for the Note 8 type of fingerprint scanner. It will come in both Snapdragon 845 and Exynos 9810 chipset variant with different storage options including the 512 GB variant which would be exclusive to China.