A few hours ago, we saw a detailed description of the OPPO Find X via The Verge. Now, the company is set to unveil a new mid-ranger, OPPO A73s, an upgrade of the OPPO A73 which was released sometime last year. This smartphone uses the mid-range king, Helio P60 SoC and boasts of an AI smart beauty camera. It is scheduled to launch later this month in Taiwan with an NT$ 8,990 ($298) price tag.

This smartphone comes with a better processor than its predecessor and it is equipped with 4GB of RAM and 64GB of internal storage which can be expanded. OPPO A73s is equipped with 6-inch 2160 x 1080 resolution display with no notch and it has an 84.75% screen-to-body ratio. In the camera department, this smartphone comes with a 13MP rear shooter coupled with an 8MP selfie snapper. The camera emphasizes its compatibility with AI smart beauty and scene recognition. The OPPO A73s will run on Color OS 5.1 system on top of Android 8.1 and its lights will be kept on by a 3410 mAh battery. 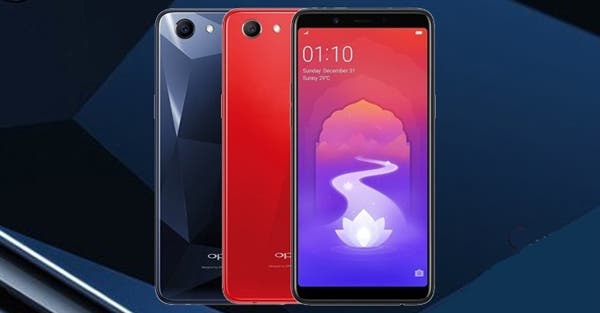 Generally, the OPPO A73s is quite similar to OPPO’s new realme 1 which was launched in India. The similarity emanates from the diamond-cut 3D design which can be seen clearly on the black version of this smartphone. From these images, there is obviously no fingerprint sensor thus this smartphone will probably use a facial recognition feature as a selling point.