After Android Oreo (Go Edition) was released, a number of ultra-affordable Android Go devices have hit markets from manufacturers like ZTE and Nokia. Some from the likes of Huawei are still on the way. We learnt yesterday that Samsung is the latest to join the fray with the Seoul-based giant already testing the handset in global markets.

As per Sammobile, the model numbers SM-J260F, SM-J260M, and (SM-J260G) belong to Samsung’s Android Go device. The last model number is being tested in Cambodia, Thailand, Singapore, Malaysia, and Vietnam. Now the same variant (SM-J260G) has appeared on Geekbench. While we’ve already known that it won’t feature breathtaking specifications, below is what the Geekbench listing comes up with. 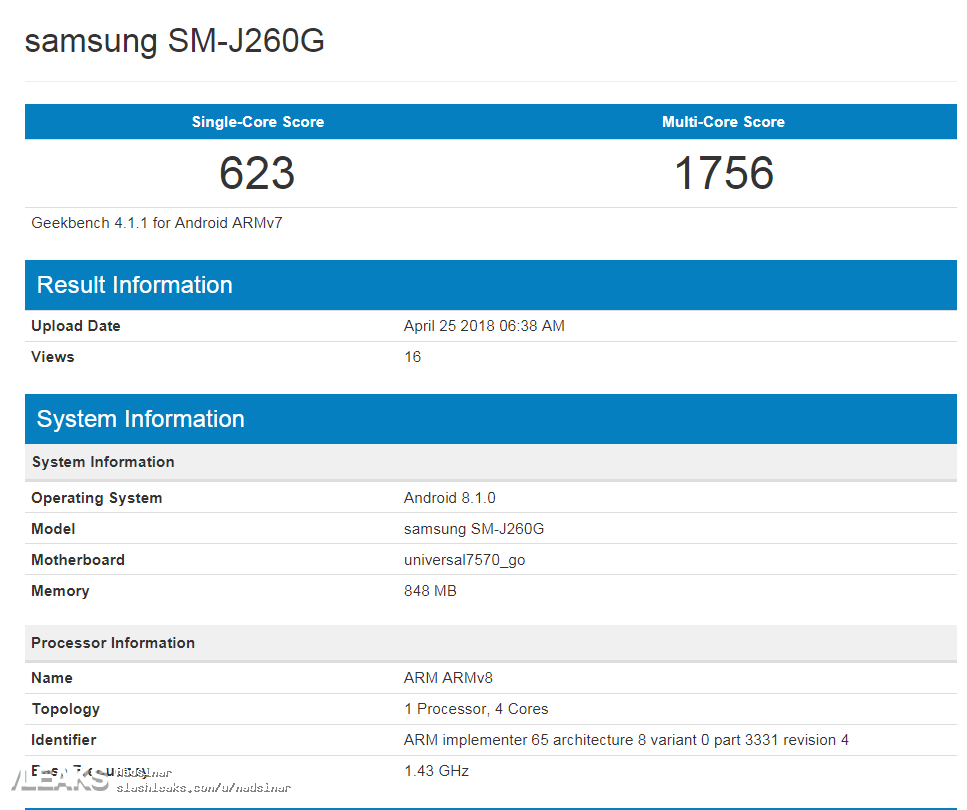 The model number SM-J260G runs Android 8.1 which is what Android Go is based on. It has 1GB of RAM which is also a trait of these super-cheap phones. And there’s a quad-core processor with 1.43GHz clock speed on the device. That pretty much sums it up.
We’re still yet to see any images of the device. But since the device is being tested in global markets, whatever it is named, we reckon it should get revealed soon.

Next GizPoll of the Week: Periscope Design Or A Notch, Which Do You Prefer?