The Huawei Nova 3E has been announced long ago. It’s been promoted as ‘thinner than the iPhone X.’ But as this handset yields the Apple model in terms of hardware, many Huawei fans have been waiting for the original model. There were some rumors saying the original Huawei Nova 3 will debut in July. Today, we can non-officially confirm this news as a new model passed TENAA that we think should be the Nova 3.

According to the ID card of the Ministry of Industry and Information Technology, the phones with model numbers of PAR-AL00 and PAR-TL00 have got certifications. There is every reason to think we are dealing with the upcoming Huawei Nova 3. Just look, it is packed with a 6.3-inch 2340 × 1080 resolution full-screen that also comes with a 19.5:9 aspect ratio. The Nova 3E came with a notch screen but there is no hint whether this model will be using the bangs screen or not. The TENAA images do not reveal this as well. Anyway, the phone’s dimensions are 157.0×73.7×7.3mm and it weighs 165 grams. 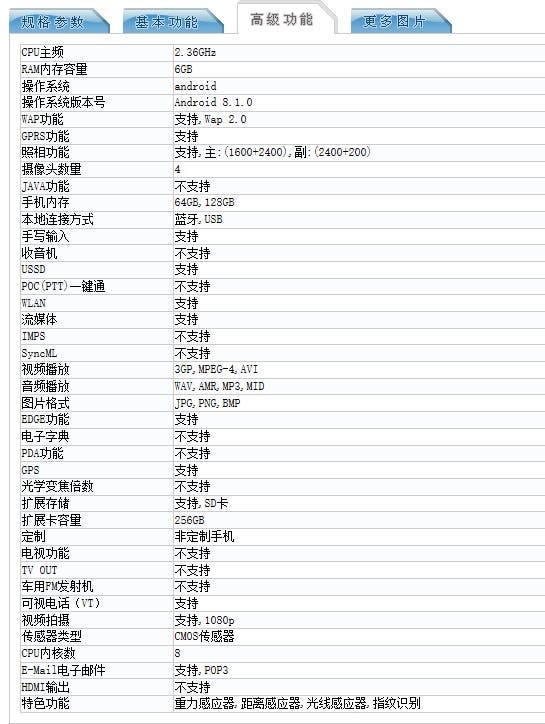 As for hardware, the Huawei Nova 3 will be packed with an octa-core chip clocked at 2.36GHz. Previously, we have been thinking it is the Kirin 710. Nothing changed. Of course, the cores’ clock speed hints at the Kirin 659. But the memory capacity refuses this variant. So even if it is not the Kirin 710, it may be the Kirin 970. If it is the former, though the main frequency has not changed, the process, GPU and other comprehensive upgrades have been enhanced. It is expected to integrate the NPU unit as well. Regardless of the chip model, it will be paired with a 6GB of RAM, 64/128GB of storage, and a 3650mAh battery. The phone runs on Android 8.1.

At last, it’s worth noting the alleged Huawei Nova 3 will be packed with quad cameras. On the front, it should carry a 24MP + 2MP camera, while on the back, it will sport a 16MP + 24MP camera.

Previous Meizu M816Q Gets Certified - Is this the Meizu X8?