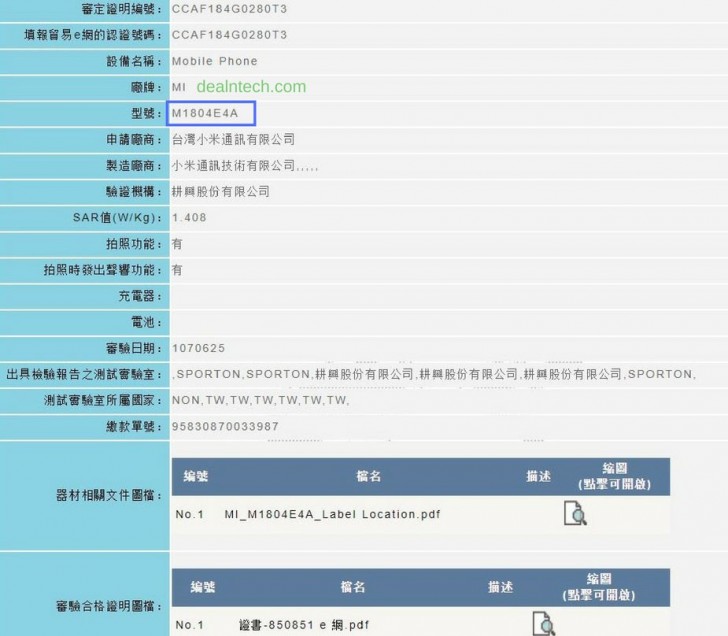 The Mi Max 3 is slated for a launch somewhere around this month although the exact date is yet unknown. The National Communication Commission (NCC) certified a phone with model number M1804E4A on 25 June. The said model number is speculated to belong to the Mi Max 3 Pro. According to a previous report, where the alleged Mi Max 3 Pro was listed online, it will be the variant with beefier specs. For starters, the Pro is reported to come with Qualcomm Snapdragon 710 while the other variant is expected to sport the less powerful Snapdragon 636. Rest of the specs will probably be same across the two variants with a few differences in terms of memory. The phablet’s screen is expected to be 6.9-inch in size and it is reported to be powered by a massive 5400mAh battery.

The Mi Max 3 Pro will probably launch alongside the normal model. The launch is not very far since just yesterday, the retail box of the Mi Max 3 was revealed by the company’s CEO, Lei Jun on Weibo.