Xiaomi’s brand new Mi Pad 4 is getting its first software update within just days of its launch. The affordable tablet launched with the dated MIUI 9 and that was kind of a bummer since Xiaomi has already launched MIUI 10 both in China and globally. Well, now Mi Pad 4 users can now benefit from MIUI 10 as well with the new update.

It is worth noting that this is a beta version of MIUI 10 that is being seeded to the tablet. More specifically, it is version 8.7.5. The company acted swiftly with the beta version and we expect the stable MIUI 10 will also be incoming by the month of September. 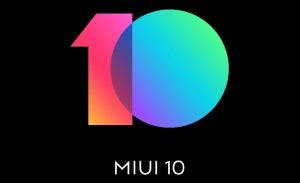 For now, there aren’t many devices that will run the stable version but this should change come September. The Mi Pad 4 is a solid tablet worth every penny of its price tag. It comes with a Snapdragon 660, 8-inches of Full-HD+ display, and a 6000mAh battery. All that and more can be bought for as little as 1099 Yuan ($168).

Next Samsung Gear S4 to be renamed Galaxy Watch, come with Bixby