It’s been weeks since Huawei Honor sub-brand announced the GPU Turbo tech – its graphics processing acceleration technology which it claims results to better gaming performance and less battery drain by stepping up graphics efficiency by up to 60 percent and reduce system-on-chip energy usage by 30 percent. The software is gradually been rolled out to a number of its smartphones and now it appears its next stopover could on one of Huawei’s latest Mediapad m5  tablet.

Huawei, via its official Weibo account, has announced that its latest Android tablet, the Huawei Mediapad M5 would be getting a new software update that will bring to it the game boasting GPU Turbo technology. The update is set to roll out this month, and that will make the Mediapad M5 the first tablet to have the tech in place. No specific date has been announced for the update to arrive, but it’s certain it will arrive sooner.

The special edition Honor 10 GT, the mid-range Honor 9i as well as the Honor Play already ship with the new feature called “GPU Turbo” out of the box, while the Honor 10, the Honor View 10, Honor 9 Lite, Honor 7X, Honor 8 Pro, and Honor 9 will all get the software update between now and September. 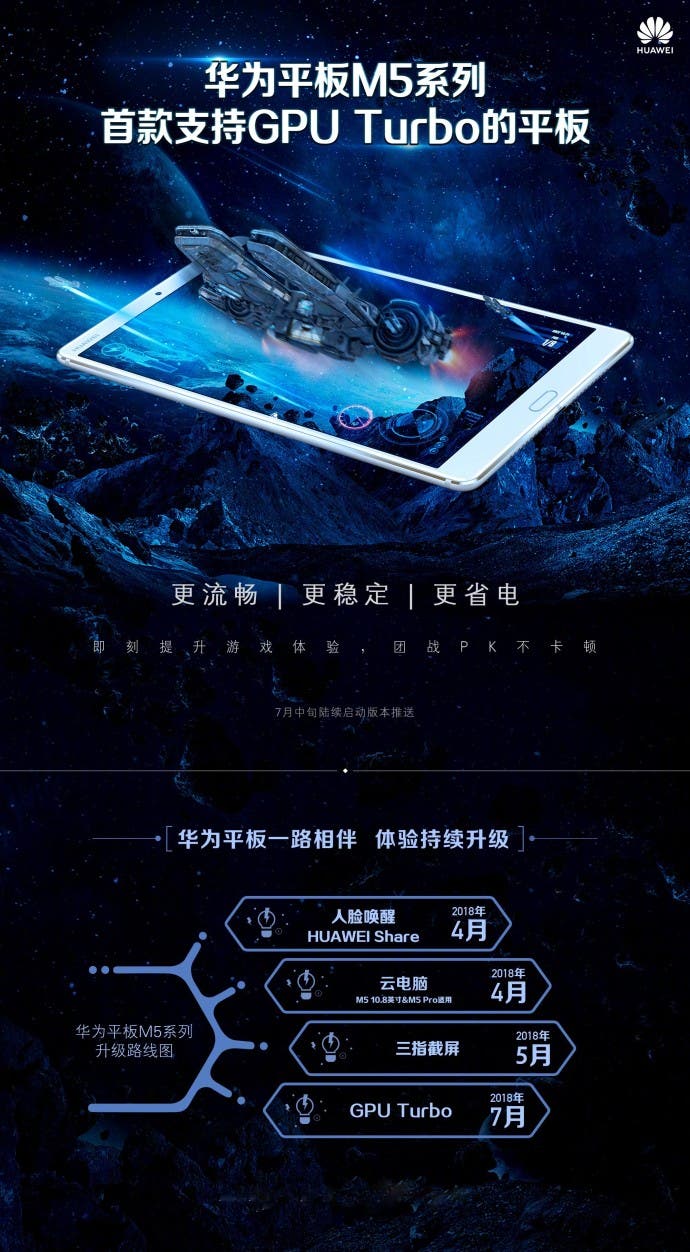 We’ll bring you more info as regards the update in due course.