The Xiaomi Mi Max 3 is all set to be unveiled on the 19th, next week. After the company’s CEO, Lei Jun posted a photo of the retail box, another photo of the same has made its way online.

The retail box is no different than what Lei Jun had posted. It confirms some of the alleged specifications of the upcoming phablet. As far as the box is concerned, it’s nothng out of the ordinary and follows the same box design like any other Xiaomi phone. From the inscription on the back, we can confidently say that there will be a 4GB RAM and 64GB storage model. It will sport a 6.9-inch massive display. There will be a dual camera setup on the back comprised of 12MP and 5MP snapper. A 5500mAh battery will be a part of the unit. 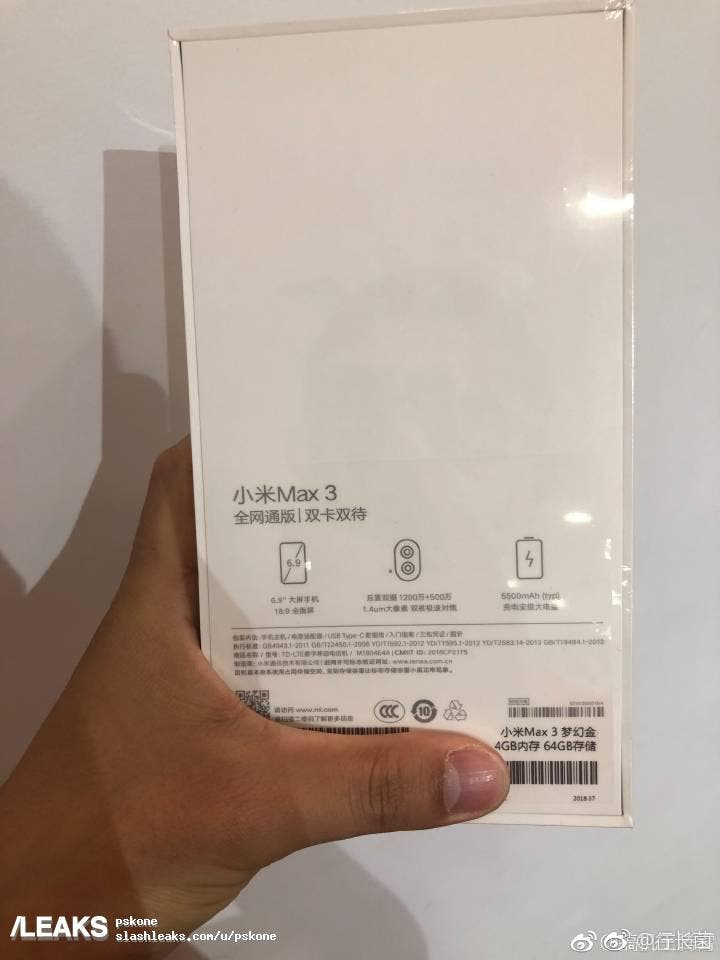 The Xiaomi Mi Max 3 is expected to be available in two variants, the standard and the Pro variant. The Pro variant will likely sport the new Qualcomm Snapdragon 710 as opposed to the Snapdragon 636/632 that will be on the standard variant. An appearance on NCC has confirmed its existence. There should not be a lot of difference between the two when it comes to design. The Max 3 is expected to arrive in two color variants, black and gold.