The dying Taiwanese phone maker has launched a new variant of their 2018 flagship; HTC U12+ Mayday Limited Edition. While the phone is precisely the same as the normal U12+, it receives a few cosmetic changes along with a bunch of goodies.

For those of you wondering what Mayday is, it’s the name of a popular five-member Taiwanese band. The HTC U12+ Mayday limited edition is available only in a glossy black colour with the HTC x Mayday logo on the back inscribed in gold colour. The phone comes bundled with a Mayday theme and an exclusive Mayday MP3 ringtone. As a part of the goodie bag, HTC has thrown in a Mayday cross-body bag and an unlimited party towel. 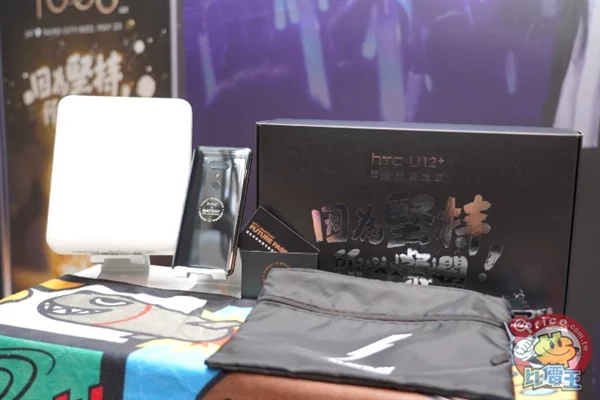 The Mayday edition retains the specs of the original U12+ with just one significant difference, 6GB RAM with 64GB storage. It will be available in only this one variant. Check out the complete U12+ specs here. As far as the price is concerned, the U12+ Mayday Limited Edition will set you back by NT$24,900 ($815). HTC’s flagship has received mixed reviews and sales have anything but caught on. Will this limited edition variant bring about some much-needed revenue to HTC? Only time will tell. Stay tuned!

Previous Honor 9N, a re-branded Honor 9i confirmed for July 24 launch in India