The cheapest model of Xiaomi is the Redmi 6A. It is considered to be the most affordable full-screen smartphone due to the MediaTek A22 processor. By the way, it’s the first product of MediaTek in it’s a series. Actually, it deserves our attention because the MediaTek Helio A22 is expected to dominate in the entry-level market. MediaTek said the A series has set off a revolution in the smartphone market, coming with many functions seen on high-end models and providing low power consumption. 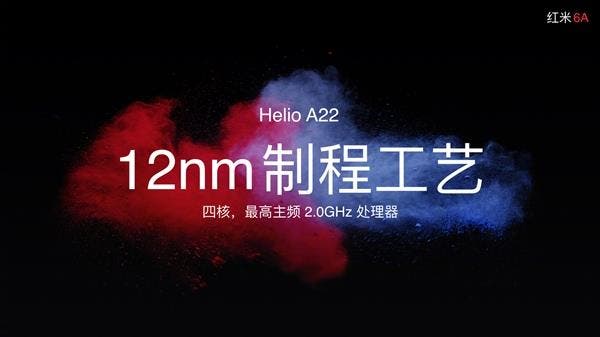 The memory supports LPDDR3-933 and LPDDR4X-1600. The maximum capacity is 4GB and 6GB, respectively. The storage supports eMMC 5.1.

Of course, the MediaTek Helio A22 supports GPS, Galileo, GLONASS, Baidu, with a new dedicated sub-operation processor, which claims that the first positioning time is 57% faster, the accuracy is increased by 10%, and the power consumption is reduced by 24%.

The A22 incorporates CorePilot technology, which includes power-aware sequencing, thermal management, and user-monitoring functions to distribute workloads to specific CPUs at specific frequencies and voltages for a great performance.

In addition, there is a miniaturized ultra-low power sensor hub component, which is suitable for applications such as pedometers, voice operations, and other features that require long-term sensing data, without affecting the operation of the CPU, and further saving energy.

Next White OPPO Find X Leaked on a Spy Photo