The Meizu X8 is slated to be launched alongside the Meizu 16 series. An image of the alleged phone has leaked and looks like the X8 will be Meizu’s first notched phone. According to ITHome, the Meizu X8 will be launched with the 16 series in a launch conference that is scheduled for 8th August in Bird’s Nest, Beijing. 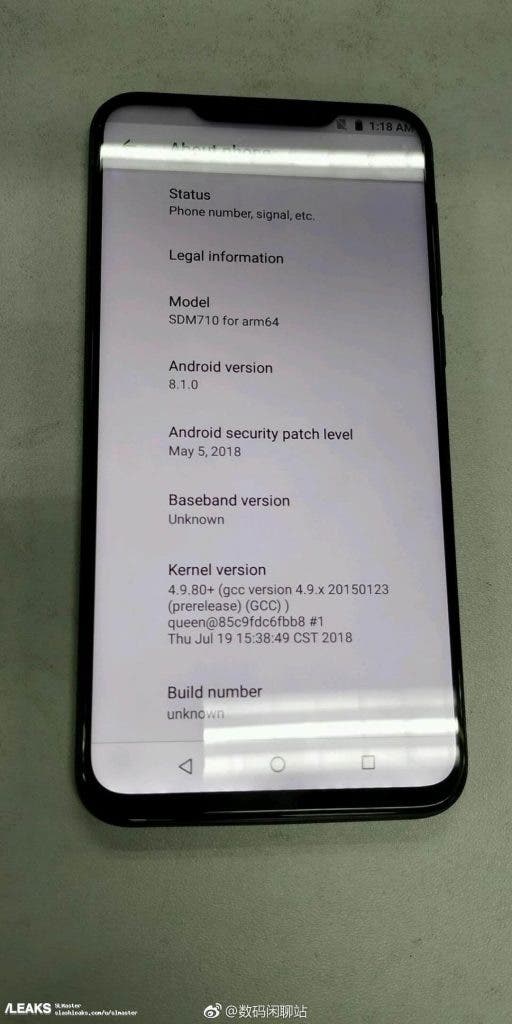 The image showcases a device with thin bezels across and a notch on top. The chin takes up a little bit of space on the bottom. There are no physical keys up front. Navigation keys are on-screen and the phone’s running Android 8.1 Oreo. There’s no sight of a mBack button either. Meizu had confirmed that the mBack button would make a comeback in the form of gesture navigation. Maybe the X8 will allow users to choose the mode of operation between virtual navigation keys and gesture navigation.

The Meizu X8 will be powered by the Snapdragon 710 chipset and cost anywhere between 1500 to 2000 Yuan ($221-$295). Other reports say that the phones are pegged to be launched on the 26th of August. An 8th August launch date is right before the 9th Agust launch of the Samsung Galaxy Note 9. It will be interesting to see whether Meizu manages to steal more attention than the Galaxy event.

Next Honor Note 10 to launch July 31 in China