Oneplus has announced the availability of a new update to its 2017 flagship duo – the Oneplus 5 and Oneplus 5T. The new update Oxygen OS update 5.1.4 apart from the regular July security patch brings with it a slew of features, fixes, but not the project treble which was a core feature of the OxygenOS Open Beta version 13 and 11.

With a whopping size of 1.6GB, the latest update while addressing a couple of bugs on the Gallery app and improvements to the camera photo clarity also bumps the Android security patch from May straight to July. The update also brings with it the group messaging feature, an added sleep standby mode which in itself result in better battery optimization. To activate the added sleep mode, you have to head straight to your Oneplus 5 and 5T  Settings > Battery > battery optimization > click the three dots > Advanced optimization > Sleep Standby optimization. 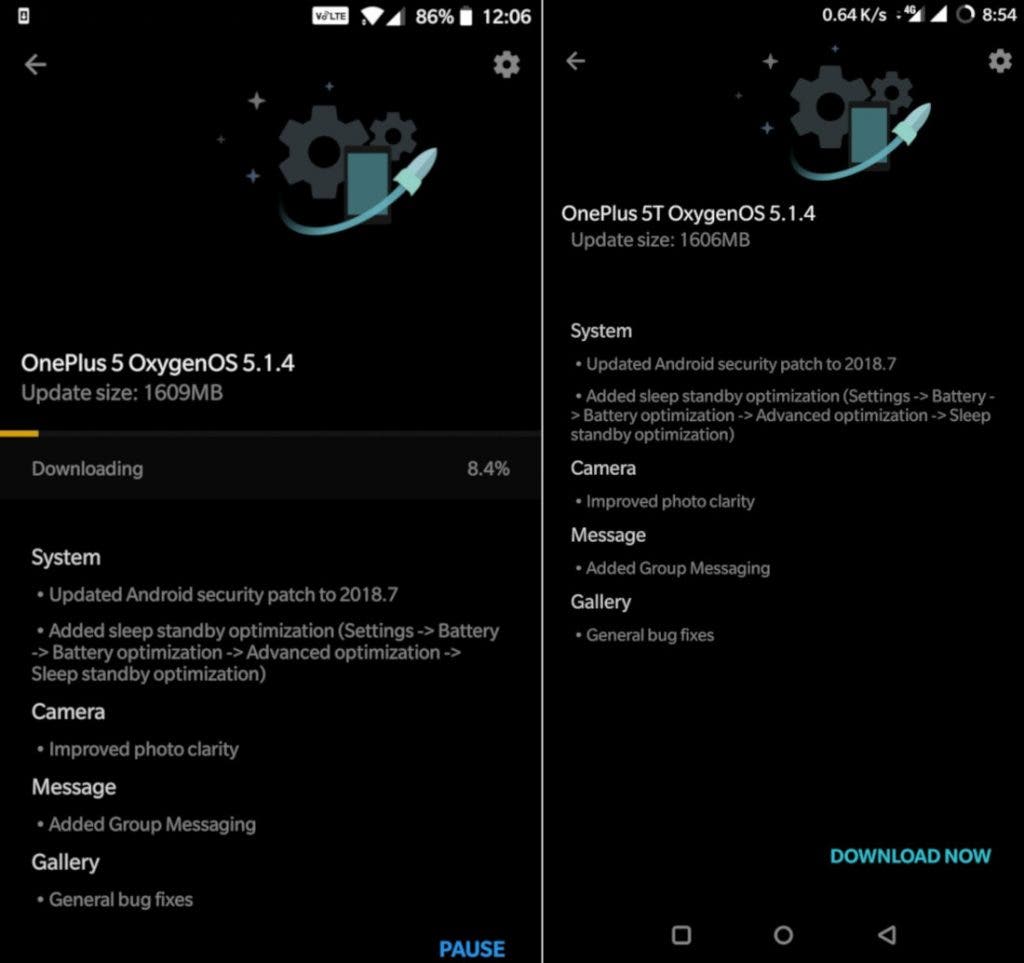 The OnePlus 5 and 5T is being rolled out over-the-air to a number of users and should reach more users in the coming days, so a bit of patience will do, otherwise, you may wish to flash an update manually, however, the company says using VPN to download this build might not work as the rollout is not based on regions and is randomly pushed out to a limited number of devices.