The first smartphone that supports GPU Turbo scary technology is the Honor Play. The regular model went on sale on June 11 at a starting price of 1999 yuan ($293). But as you remember, there was a special variant named the Honor Play Special Edition (aka Honor Play Cool Version). Today, the manufacturer announced through its Weibo channel that this model will go on sale on at 10:08 August 1, priced at 2499 yuan ($366). 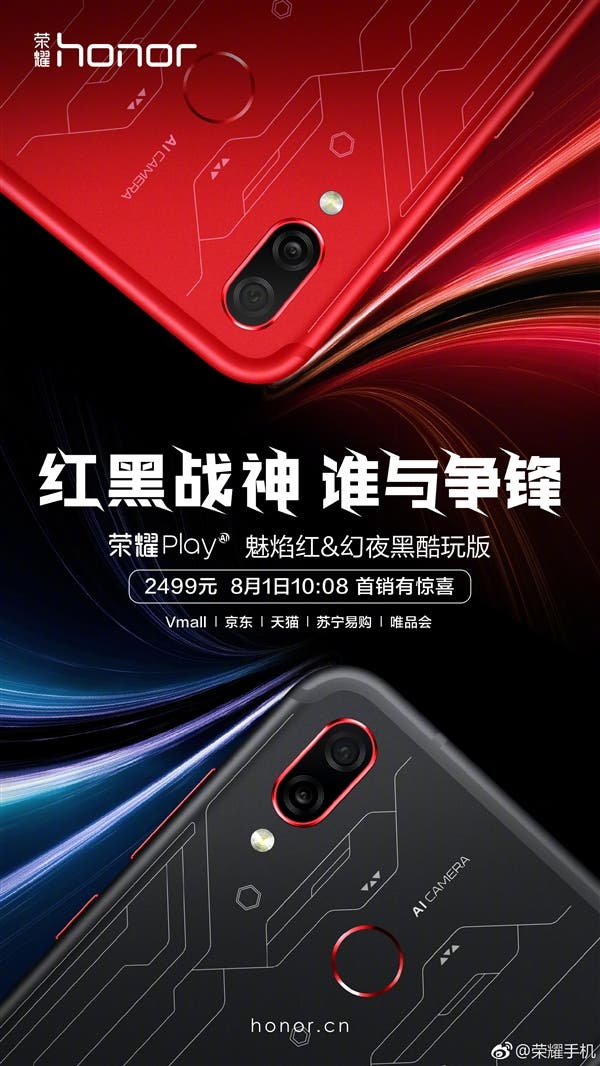 The difference between the Honor Play Special Edition and the regular version is that the former model has an attractive back design that features laser-engraved lines. Additionally, there are red accents for the rear camera setup and a fingerprint scanner on both hues.

As we said, the Honor Play Special Edition’s selling point is the GPU Turbo technology support. It opened up the processing bottleneck between the EMUI operating system and the GPU / CPU, enabling graphics processing efficiency to increase by up to 60%, enabling single-threaded wins over multiple threads and thousands of smartphones to also play large-scale games. Shortly, it’s Huawei’s unique software and hardware optimization of the game performance. So it not only provides more stable game screens but also reduces game power consumption and reduce phone fever. It can perform scene recognition and performance optimization based on real-time scenes. It brings 4D vibration and 3D sound effects to smartphones, making games more realistic and improving game experience.