Following a series of leaks and rumors, Blackberry licensee Optiemus Infracom in charge of India has now announced the Blackberry Ghost under the Blackberry Evolve and Evolve X monikers. Both devices are the first from the licensee and are pretty much identical, but not without some notable differences.

Made of grade 7 aluminum frame with a textured back, both devices flaunt a Corning Gorilla Glass 5 protected 5.9″ FHD+ touch display that spans the entire front of the device thereby eliminating the need for a physical QWERTY keypad. On the flip side, the Blackberry Evolve gets a dual camera setup with 13MP+13MP sensors with dual-tone LED flash and a fingerprint sensor, while a 16MP sensor featuring  f/2.0 aperture LED flash, and bokeh mode sits above the display.

The Evolve X, on the other hand, gets a similar dual rear camera setup, but with a 12-megapixel primary sensor with a f/1.8 aperture coupled with a 13MP f/2.6 secondary sensor, while it gets the same 16MP front facing camera with the Evolve, but with live Bokeh. Both devices also come with face unlock.

Powered by a 4000mAh battery with Qualcomm Quick Charge 3.0, wireless charging support, the duo boot Android 8.1 Oreo oreo out of the box with a promise of regular month security patches. Both devices also feature the DTEK by BlackBerry, BlackBerry Hub, and other Blackberry security services. 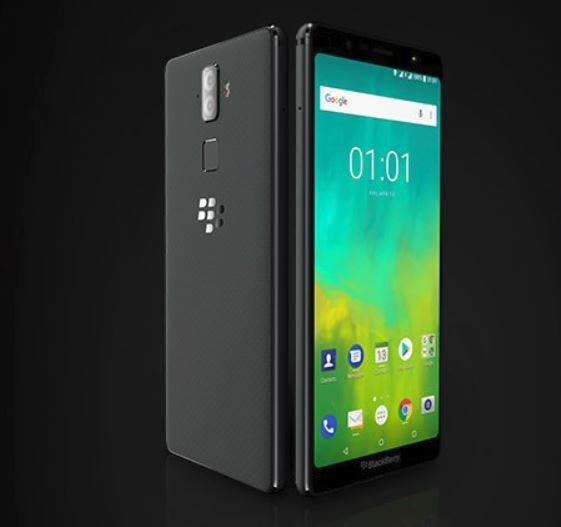 Previous UMIDIGI Z2 Pro Presale Will Kicks Off at Gearbest on Aug 13th, Plus Giveaway!