Chinese manufacturing giant, Huawei, is doing quite well in the smartphone market presently. A recent report by Counterpoint research states that although the global smartphone shipments declined 2% annually in Q2 2018, Huawei was able to topple Apple and is currently the second largest smartphone brand in the world behind Samsung. Today, Huawei held its consumer business meeting for the first half of 2018 at its headquarters and Huawei’s consumer business CEO, Yu Chengdong, revealed that at 2018 IFA, the company will release the world’s first commercial 7nm mobile phone SoC, Kirin 980. 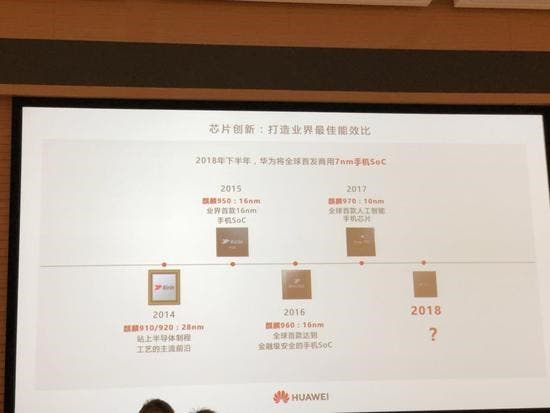 In 2015, Huawei released the industry’s first 16nm chip, Kirin 950. In 2017, it released the world’s first artificial smartphone chip, the Kirin 970. Now, at the 2018 IFA exhibition, Yu Chengdong revealed that Huawei will launch the commercial 7nm mobile phone SoC, Kirin 980. According to him, “The chips we released in the second half of the year will be far ahead of Qualcomm Snapdragon 845 and Apple’s chips“.

In recent times, Huawei has been making some significant strides in the smartphone industry. Some weeks ago, the company came up with GPU Turbo which is believed to improve GPU performance by 60% and many Huawei and Honor phones now uses this technology. A few days ago, during the launch of Honor Note 10, the company announced CPU Turbo which is expected to boost CPU performance.