Samsung is presently developing several new devices, but two of these devices stand out -the Galaxy S10 tipped for release early next year, and the Galaxy Note 9 already confirmed for August 9 unveiling. However, the Korean giant is also rumored to be working on the Galaxy J2 Core – which rumor suggest might be its first Android Go smartphone, and the device has been on the news headlines for a while now.

Though Samsung is yet to announce the Galaxy J2 core, there have been indications the device might arrive soon as it has secured several certifications from various bodies. However, if getting approval from FCC, WiFi Alliance and others  coupled with series of hands-on leaked images aren’t enough indications the device might arrive soon, the support page for the Galaxy J2 Core (Galaxy J2 Core (SM-J260G/DS)) alongside the support page for the Galaxy A8 Star (SM-G885F/DS) have been published on Samsung’s Indian website, so we can make good guess Samsung might launch both devices in Indian pretty soon. 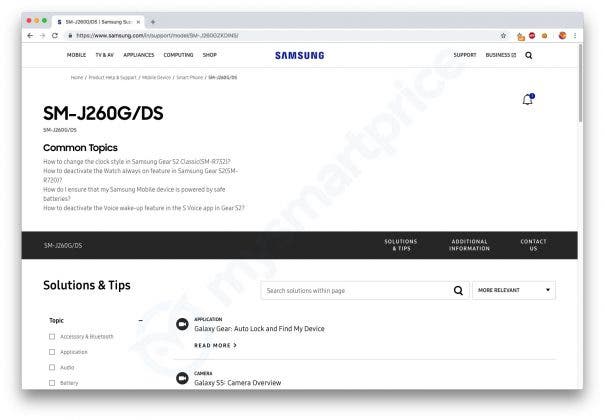 Other than the model numbers, the support pages don’t in anyway reveal any noteworthy information about the two devices, however, we already know a lot about the entry-level Galaxy J2 Core Android One phone. Unlike most other Android Go smartphone running a near-stock version of Google’s mobile operating system, the Galaxy J2 Core according to reports will boot Android 8.1 Oreo (Go edition)  with Samsung’s own user interface. 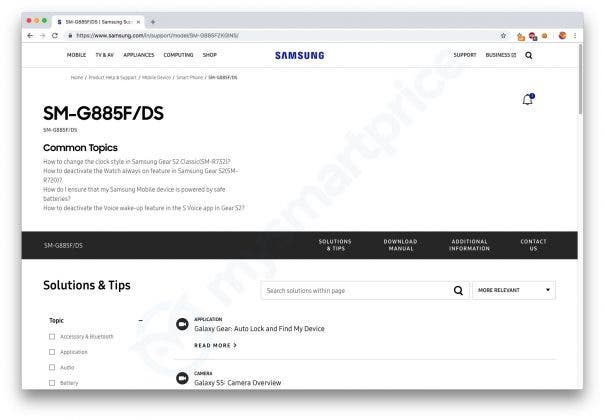 The Galaxy A8 star, on the other hand, isn’t an entirely new device, it is already available in the Philippines and Malaysia. It is largely a rebadged Galaxy A9 Star announced in China some month back.

Previous Nokia 5.1 Plus may launch outside of China soon, secures Bluetooth certification

Next The Dual-SIM iPhone will reportedly be a China exclusive