Cementing previous speculations, HMD Global’s Juho Sarvikas some weeks back confirmed that the Nokia X5 launched previously in China won’t remain a China exclusive for too long, but would sell in the Global market as the Nokia 5.1 Plus. Now, it appears HMD Global is finally on the verge of releasing the Nokia X5 aka Nokia 5.1 plus internationally, as it has now secured the Bluetooth certification which is required before a device can be released in major markets. 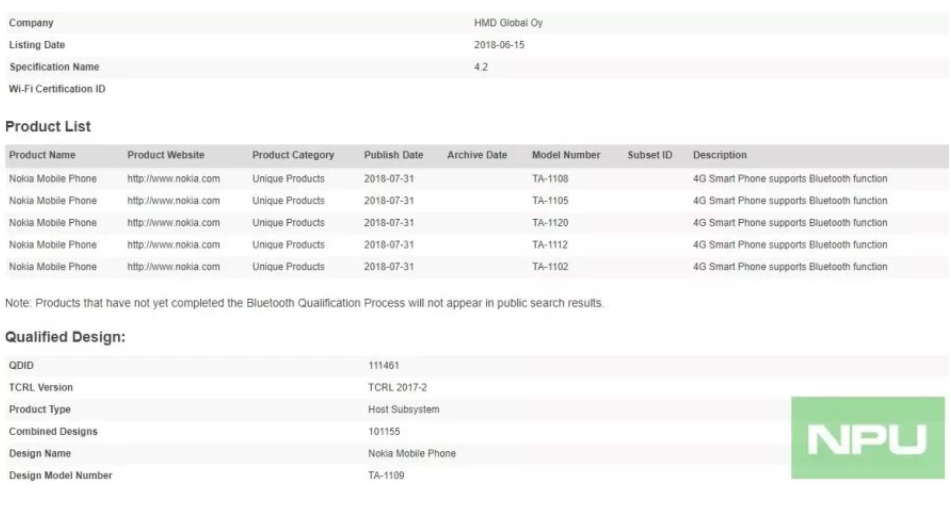 The Bluetooth certification body has certified five variants of the device bearing the model numbers: TA-1108, TA-1120, TA-1112, TA-1102, and TA-1105 – the same model number that previously got certified in Taiwan and Russia alongside two other Nokia phones. Though the certification body hasn’t specifically mentioned what devices these are, previous reports already linked the model number TA-1105 with the Nokia 5.1 Plus/ Nokia X5, so we assume the others are variants of the same device.

The Nokia X5 a.k.a Nokia 5.1 Plus will be a decent choice among the sea of mid-range devices, considering all the effort that HMD is putting in offering timely updates and support for its smartphones. It’s worth mentioning that the Baltic Blue color variant of the device went on sale a few days back after the first batch of the device sold out within minutes of sales.

The company is yet to confirm pricing and Global release date information for the Nokia 5.1 plus, but there are indications the device might launch first in India, Indonesia, and Taiwan.