The upcoming LEAGOO S10 is probably one of the most interesting handsets approaching the mobile market. LEAGOO’s phone is indeed going to pack some quite high-end specs such as the latest and powerful MediaTek Helio P60 AI CPU along with 6GB of RAM. Today, two more very important details have been confirmed, its display and camera setup.

According to the latest press release, the LEAGOO S10 is, in fact, going to boast a large 6.21-inch AMOLED display with Full HD+ resolution and a 19:9 aspect ratio. Which is really exciting to see on what we hope will be a more affordable device.

On the beautiful display you’ll then be able to enjoy the photos you’ll snap with the now confirmed 20MP + 5MP camera setup powered by Sony. All of that for less than $300, according to the company. 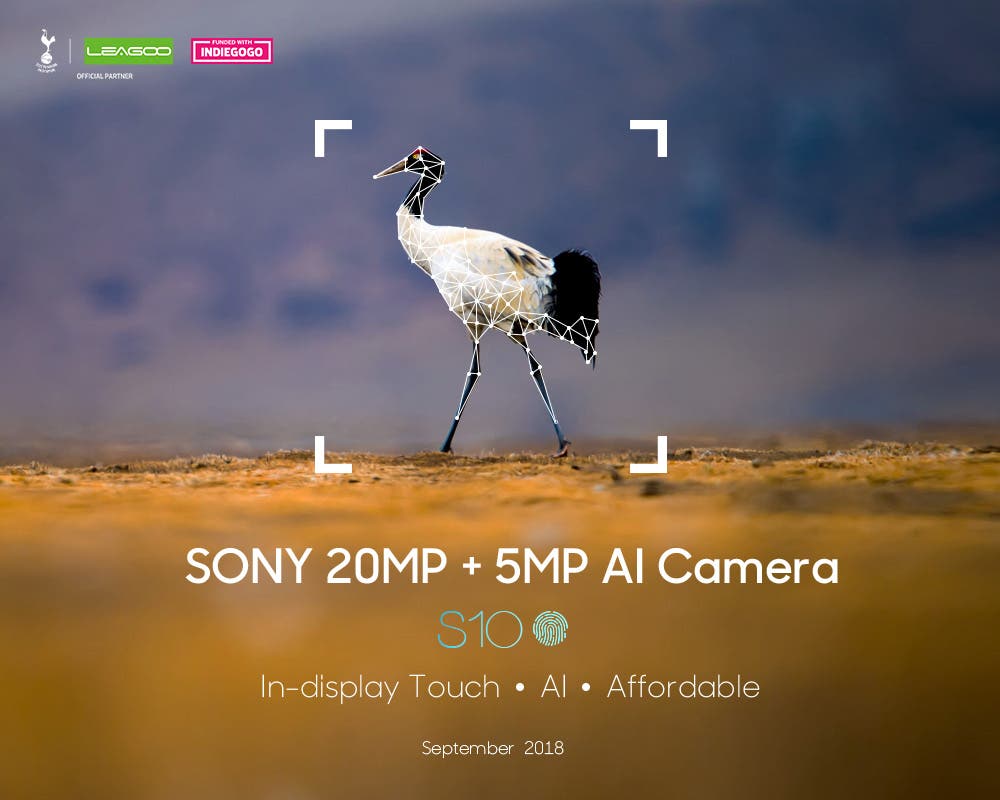 The LEAGOO S10 is expected to hit the market with in-display touch and AI augmented technology as well. The smartphone will go up on crowdfunding platform INDIEGOGO from September to October 2018.

You can win a free device and get 21% off discount in the official pre-launch campaign here.  Or head over straight to Indiegogo to get a 21% off early bird discount.