A day can’t just pass by with a leak or two about the Galaxy Note 9 set to be unveiled in about two days from now. we’ve for the past few months been treated to numerous specs leaked, as well as pricing, and while we thought we have seen it all, there is always a bit of information left for the final unveiling day.

The latest leaks come from Winfuture – a Germany website with a reputable track list leaks. The leaks details functions of the Note 9 S Pen, its camera configuration while also touching on the Dex mode. These actually add more substance to some of the features and specs we already know of the upcoming flagship phablet.

Here’s a full breakdown of the details contained in the leaked images: 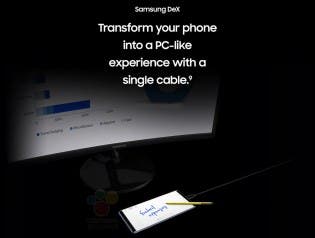