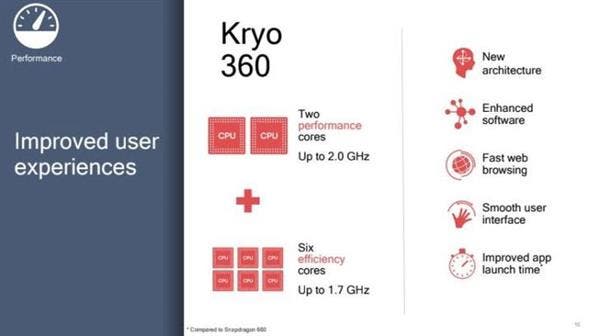 The Snapdragon 670 chip comes with an Adreno 615 GPU which is 35% better than the Adreno 512 on the previous generation Snapdragon 660 platform. At the same time, the Snapdragon 670 mobile platform supports up to 8GB of LPDDR4X memory and supports QC4.0+ fast charging technology. With the Snapdragon X12 LTE modem, the network connection speed is also better.

This chip integrates the same third-generation AI engine, Hexagon 685 DSP vector processing unit as the Snapdragon 845 and Snapdragon 710. The AI processing capacity has been greatly improved, and the AI performance is 1.8 times better than that of the Snapdragon 660 SoC. This ensures that it supports more AI algorithm framework and there is near real-time response without a network connection. This chip also adds improvements in privacy and reliability. The ISP image signal processor of the Snapdragon 670 mobile platform uses the Spectra 250 to support a single 25MP camera and dual 16MP cameras, in addition to 4K 30FPS video recording. There is a considerable improvement in the noise control when images are taken in dynamic situations or in low light environments. 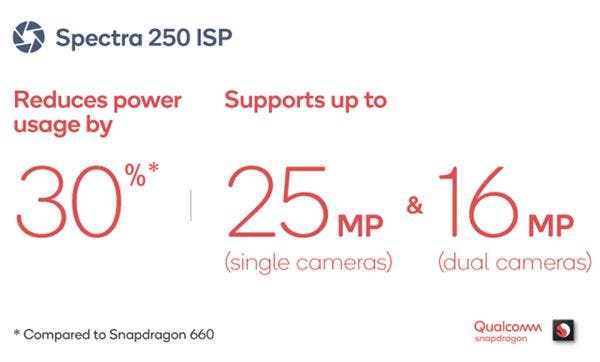