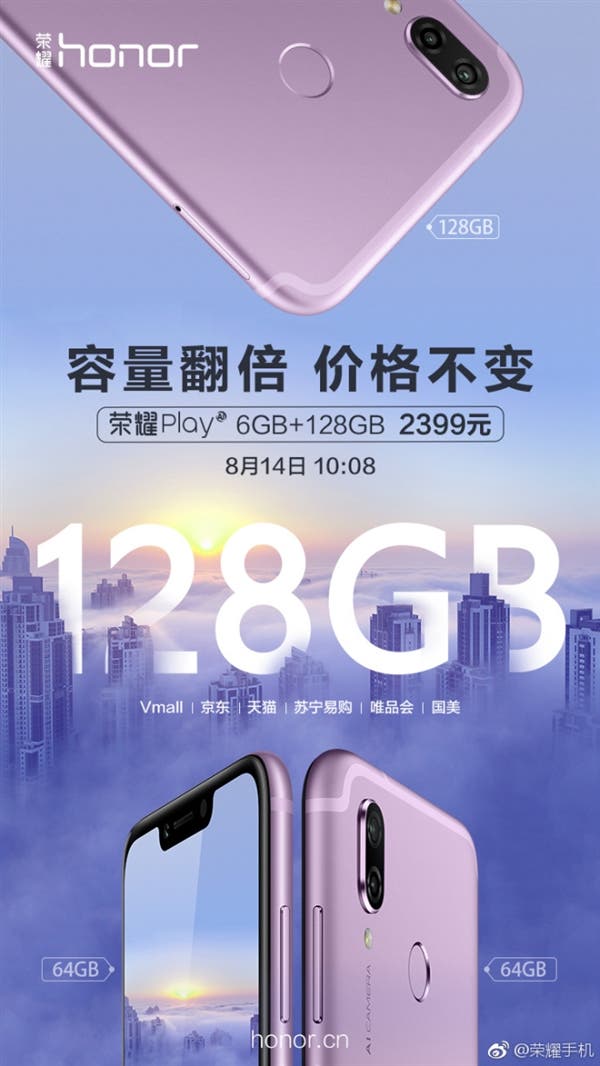 Today, Honor officially announced the 6+128GB model. But what’s more interesting, the company issued a statement saying they won’t increase the price. Thus, the phone has doubled the capacity and is available at the same price, further enhancing the competitiveness.

The Honor Play 6+128GB variant will go on sale at 10:08 on August 14. Besides Vmall, Jingdong, Lynx, Suning Tesco, and other platforms, it will be available in the US as well.

The Huawei Honor Play has been also promoted as a game phone. But it will be fairer to say the Play is a relatively budget-friendly handset for gaming purposes, in which software plays the main role. As we said, it sports GPU Turbo. It is a revolutionary graphics processing acceleration technology. The official measured data show that GPU Turbo can improve graphics processing efficiency by up to 60% and SoC power consumption by 30%.