Over the weekend, we reported an Honor 8X retail packaging leak that made us realise that a potential launch of the budget device could be close by. Well, now it is officially confirmed. Honor has published a poster today on its Weibo handle teasing the upcoming phone. 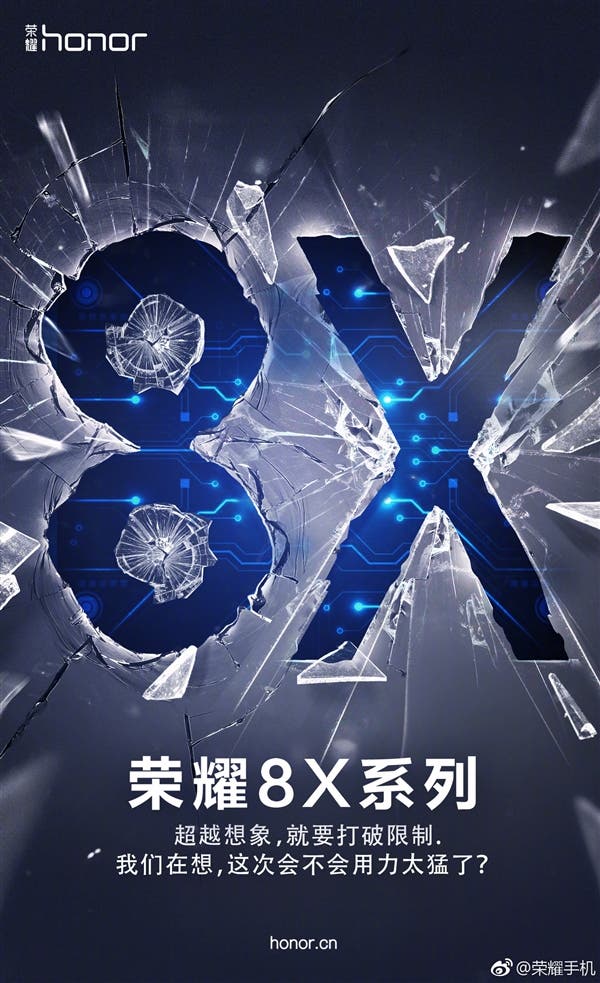 Regarding the teaser itself, Honor isn’t kind enough to give away any hints just yet. However, the icy background could be a hint towards a better cooling tech like the Honor Note 10. As for what configuration and specs the handset could have, we have a clue or two. The prime suspect seems to be the Honor ARE-AL00 that recently passed TENAA certification.

And what a massive phone the Honor 8X could be, if the listing on TENAA is it. Get ready for a massive 7.12-inch display with the new V-style cutout on top and Full-HD+ resolution presumably. That huge screen is accompanied by a massive 4,900mAh battery which will be sorely needed for such a power-hungry display. The 18W fast charging will be a huge benefit for the battery.

TENAA doc says the resolution of the display is of 2244 x 1080 pixels and it harbours the latest Kirin 710 SoC. Also, the Honor 8X will get at least 4GB of RAM and 64GB of internal storage. Camera at the front is an 8MP shooter while the one on the rear is a 16MP + 2MP sensor. Stay tuned for the launch date as we expect the handset to launch in the coming weeks.

Previous The Thinnest and Sleekest Rugged Phone is Coming: Meet the ioutdoor X