Following the launch of the flagship Galaxy Note 9 in India a few days back, Samsung earlier today announced the Galaxy A8 star alongside its first Android Go smartphone in India. The Galaxy A8 star made its first debut in China, where it goes by the name Galaxy A9 Star, as well as A8 Star in the Philippines.

Unlike the entry-level Galaxy J2 Core Android Go phone, the Samsung Galaxy A8 Star is an upper mid-range phone which has a lot in common with the Galaxy A8+ in terms of design and specifications. While the Galaxy A8+ uses Samsung’s Exynos 7885 SoC, the mid-range Galaxy A8 star make do with the Octa-core Qualcomm’s Snapdragon 660. 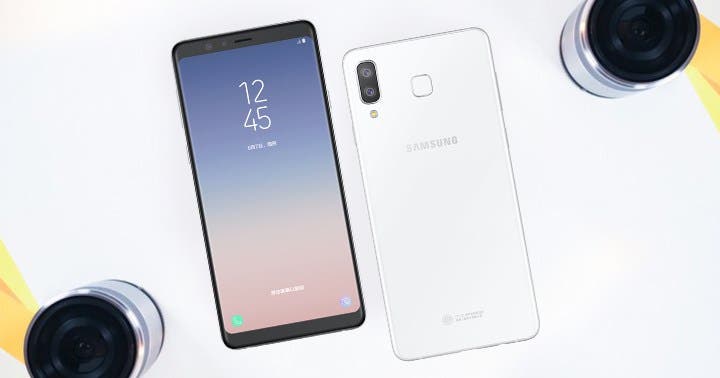 On the photographic front, the Galaxy A8 Star gets a vertically aligned dual-rear camera set up comprising of a 16MP PDAF primary sensor and a 24MP secondary sensor both with f/1.7 aperture, while a single a 24-megapixel sensor with f/2.0 sensor sits above the display for selfie. Samsung says its dual rear camera setup is smart enough that it can intelligently adjust itself when needed to take great pictures in areas with low lighting.

Backed by a 3700mAh battery with support for adaptive fast charging, the Galaxy A8 star boots Android Oreo out of the box, has a rear fingerprint sensor, face unlock, features the Dual Messenger that enables users to different messenger accounts, and lastly, it is backed by Knox, Samsung’s defence grade security platform, that enables you protect your important folders from prying eyes.

Priced at Rs. 34,990/$500, the A8 Star will go on sale from August 27 exclusively on Amazon.in. It is available only in Midnight Black and Ivory White color options.