On August 20, the Meizu 16 series went on its first official sale. These smartphones sold out in one second. It was not entirely surprising because the Meizu 16 which is powered by a SD845 with an on-screen fingerprint sensor is sold for less than $400 making it the cheapest Snapdragon 845 smartphone. It is no longer news that Meizu plans to add another device to the Meizu 16 series – Meizu 16X. A few details of this device have been made public but Meizu founder has just confirmed most of the specs of this smartphone. 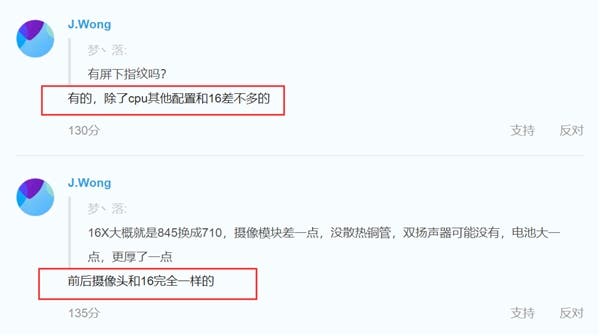 On August 24, Huang Zhang revealed in the Meizu community that the Meizu 16x is similar to the Meizu 16th except for the CPU. The camera is exactly the same as the Meizu 16th. Which means the Meizu 16X uses a 12MP + 20MP dual rear camera and the 20MP selfie shooter. Meizu 16X is will be powered by a Snapdragon 710 processor and it also comes with an on-screen fingerprint sensor. The battery capacity is larger than Meizu 16th but the overall design is not much different. In summary, the Meizu 16X is like the “Youth Edition” of Meizu 16th.