Today, Xiaomi announced on its official Weibo handle that the company will hold a Xiaomi TV strategy conference on August 28th at 2 pm in the 3rd-floor banquet hall of Sheraton Beijing Golden Mile Hotel. The company did not disclose the details of this conference. From the official posters, the theme of the conference is “All in Win-Win”, and this suggests that the conference is related to Xiaomi partners and but it does not rule out the possibility of releasing new products. 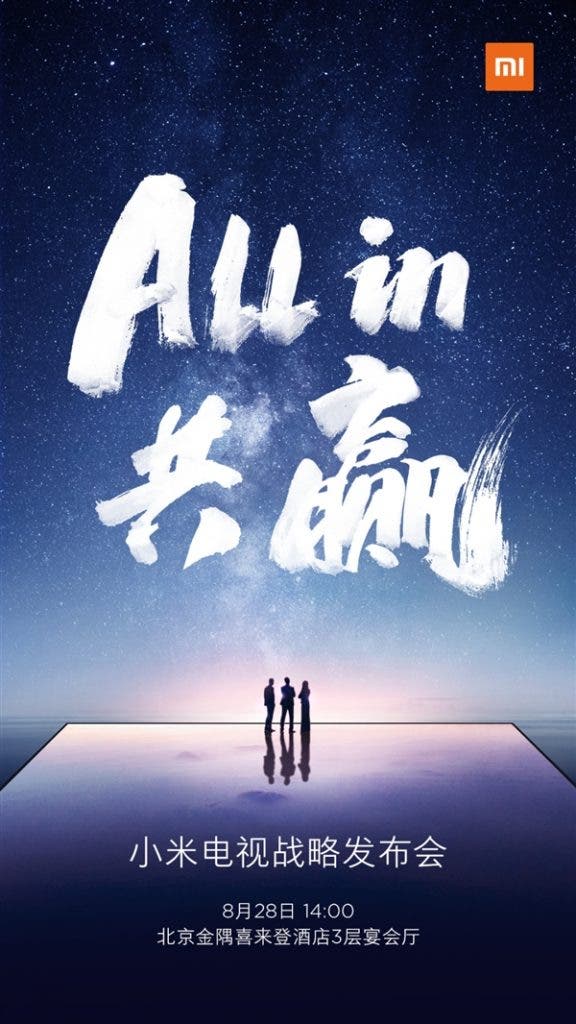 As an important part of Xiaomi’s ecological industrial chain, Xiaomi TV has achieved good results this year. According to the official report released this month, the statistics of Aowei Cloud and Zhongyikang show that Xiaomi TV has the largest shipment in China in the second quarter of 2018, and its total sales volume in China was highest in June.

At present, Xiaomi TV has a built-in PatchWall artificial intelligence voice system, which supports voice search, and it can be used by everyone irrespective of age. With this feature, users can use the easiest search criteria to find a content. Actors name, nickname, popular movie phrase, and other would suffice.

Next Aliexpress & Ulefone Partner Up on Global Shopping Festival - Starting at $9.99