After the official release date for the 2018 iPhones having been announced today for September 12, seems that both the OLED iPhones and the Apple Watch Series 4 decided to pay us a visit through the leaking doors of the paradise.

The leaked render for the Apple Watch Series 4 reveals a look that definitely is familiar, and according to speculations will have the same widht and depth from its predecessor. The major difference will be of course the screen of this new wearable device. To be more precise, the Series 4 will employ a 15% larger  screen with an improved screen-to-body ratio than its predecessor. 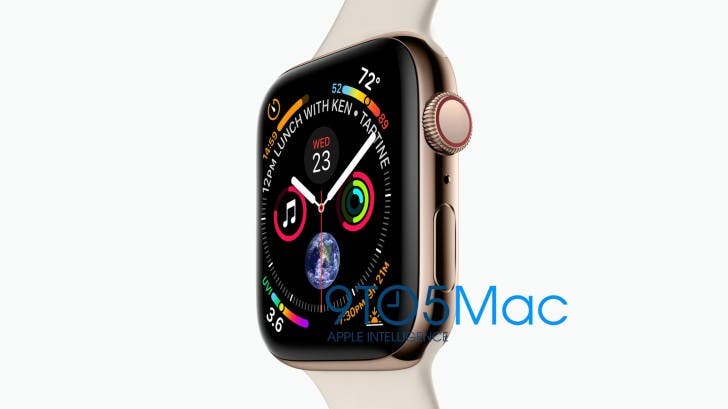 The smartwatch will also debut a brand new watch face, also seen in the above render. It shows more information than the current available faces, with a bunch of additional info around the time and within the clock hands.

Between the Side Button and the Digital Crown there is a new hole, likely to feature an additional microphone. The butoon and the crown will also be different than the ones present in the Watch Series 3. More importantly, is the fact that all the current bands from will also be compatible with the Apple Watch Series 4. The smartwatch will be making a debut alongside the trio of new iPhones on September 2018.

Previous iPhone XS and XS Plus surfaces in leaked render