With the official launch of 2018 iPhone happening on September 12, we expect to see every detail of the trio of new iPhone popping out until the event. Of course, the handset were among the leaks mill since the last year, but we never had its names confirmed.

According to a new report from 9to5Mac. The sucessor to the notched iPhone X, with a similar 5.8-inch screen, will be called iPhone XS. What still is unclear is, how the bigger 6.5-inch sibling will be called – perhaps, iPhone XS Plus, but this isn’t a sure. Today a new pictured render shows both handsets, one on the top of the other. These are the duo of iPhones with OLED screens, the third will be the standard iPhone 9 with a 6.1-inch LCD Panel. 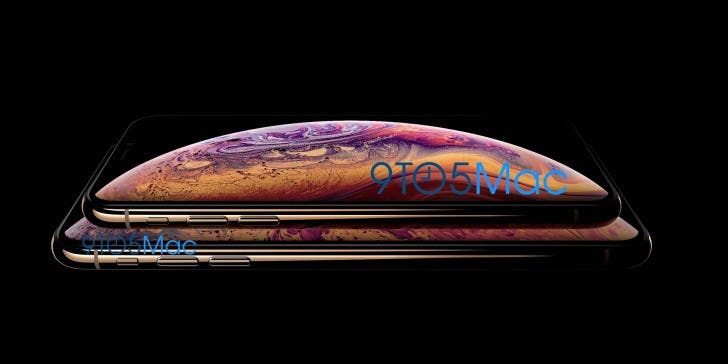 Both the iPhone XS and XS Plus will carry similar specs, including a dual-rear camera setup, stainless steel frame, glass back and AMOLED screens. Inside, the smartphone will feature the A12 chipset, 4GB of RAM and 64/256/512GB of Storage. Today’s report also confirms that both handsets will be available in Golg color variant, something that isn’t available for the iPhone X. The third model, should be more affordable (for Apple standards) with a lower res screen, aluminum chassis, single rear camera and “just” 3GB of RAM.