The flagship smartphones from Huawei are known for the camera capabilities, and the upcoming Mate 20 and Mate 20 pro obviously won’t be exceptions. Only a few days after a Spanish publication – Tecnofilo posted an image of what is purported to be the Huawei Mate 20, a press render of the Mate 20 Pro has once again surfaced on the interweb, revealing the device’s design as well as the triple rear camera in details.

Affirming previous leaks and murmurs, the latest press render reveals that the device will indeed come fitted with a triple rear camera combination. While we are not certain what the exact configuration could be, Huawei will implement the camera arrangements in a Squarish manner, with the three camera modules in L-shape, while an LED flash module makes up the square. And as with the Huawei P20 pro from earlier this year, the Huawei Mate 20 pro triple rear cameras have been co-engineered with Leica, so outputs from these cameras should be a step above other smartphones.

Flipping over to the reverse side, the Huawei Mate 20 pro is seen with a notch large enough to house anything on earth, however, it appears to house a speaker, a single camera sensor which probably could also include a 3D face recognition system. 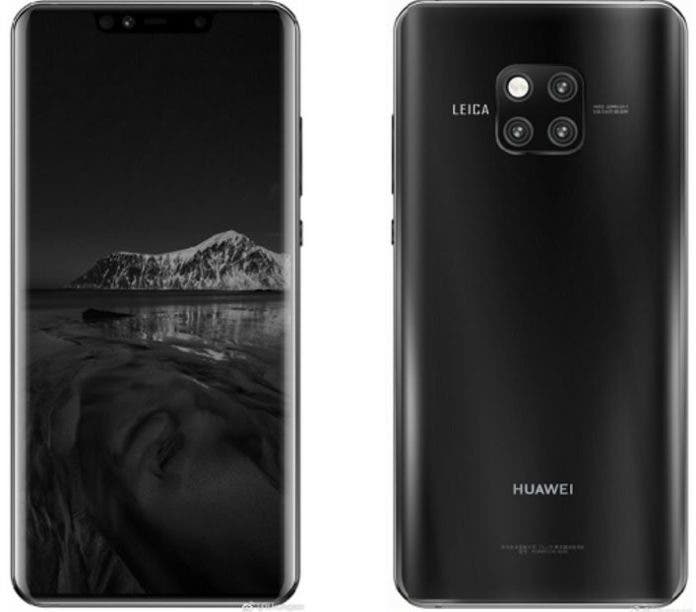 Pertaining to the authentication system, there is no fingerprint scanner in sight, the device would most likely rely on a 3D facial system combined with a Fingerprint scanner embedded right in the display. Huawei already announced the Mate 20 Lite a few days back, so the Mate 20 and Mate 20 Pro will debut on October 16 at an event in London.

Previous Samsung 64GB EVO Plus MicroSDXC for just 14.49€ (with Coupon)