This afternoon, Xiaomi announced that the Xiaomi Mi Band 3 NFC version will be officially launched on September 19! From now on, users can log in to Xiaomi Mall, Xiaomi Youpin, Tmall, Jingdong, Suning and other channels to make an appointment.

Also Read: Where Is The Xiaomi Mi Band 3 NFC Version? 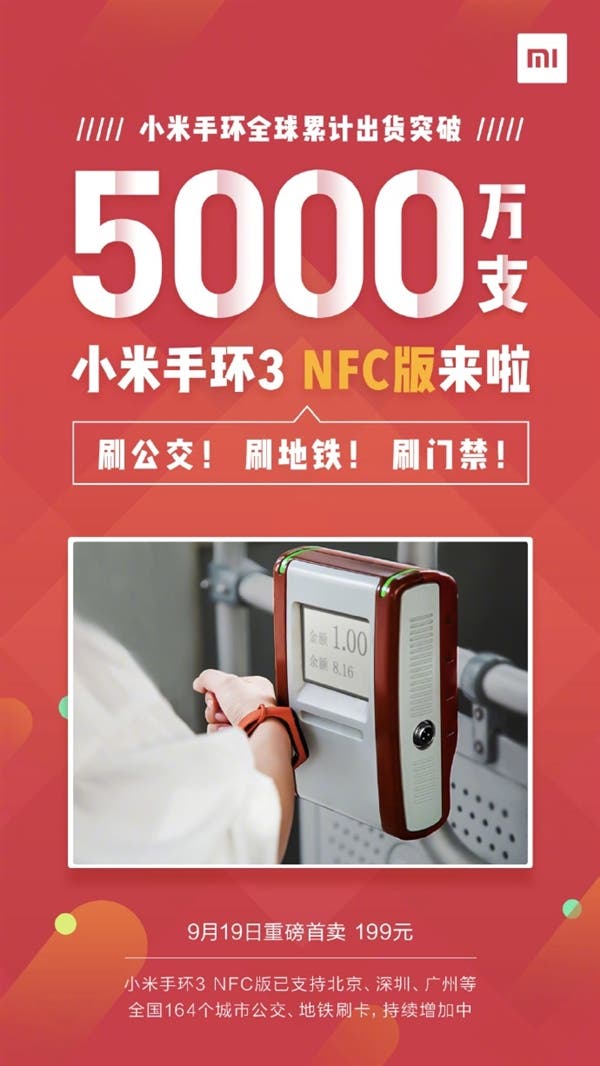 As for the Xiaomi Mi Band 3, it was released on May 31 this year. It sports a larger OLED touchscreen, supports 5ATM waterproofness, sports sub-screen, and other new functions. It sold 1 million units in 17 days. 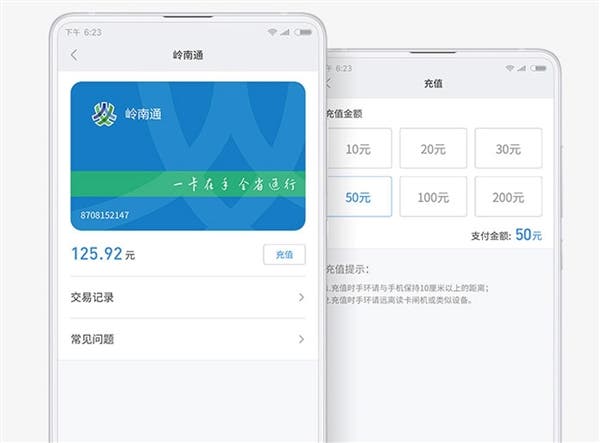 Today, the company said the Xiaomi Mi Band 3 NFC version will go on sale on September 19 at a price tag of 199 yuan ($29). Probably, it’s more interesting to the Chinese customers, as the first batch supports the public travel services of 164 cities in Beijing, Shenzhen, and Guangzhou. The number of cities will increase in the future. At the same time, this smartaband supports the Xiaomi bus function, which is a very useful service based on NFC to implement fares. Now it’s very popular in China.

In terms of hardware configuration, the Xiaomi Mi Band 3 NFC version uses the industry-leading NXP PN80T secure NFC module, which has faster speed and more storage space. Currently, it can support the bus, subway, and some access control functions. But in the future, there will be more space to pay, unlock the smart door lock, etc. So that the bracelet can become a portable ID card, and it will be easier and more convenient to travel and pay.