Razer will be holding a launch event early next month — supposedly for the second generation of its game-centric phone.

To that end, Razer has reportedly sent out press invites with the tagline “flagship II gaming” that will be held on October 10, 2018, making it the 5th mobile launch events that will be held in the month of October.

The invite doesn’t in anyway confirms the company will be unwrapping the Razer phone 2, however, the company, only a couple of weeks back noted in a financial report that a sequel to its first game-centric smartphone is on its way, couple with a couple of leaks renders showcasing the device, as well as Benchmark listing. 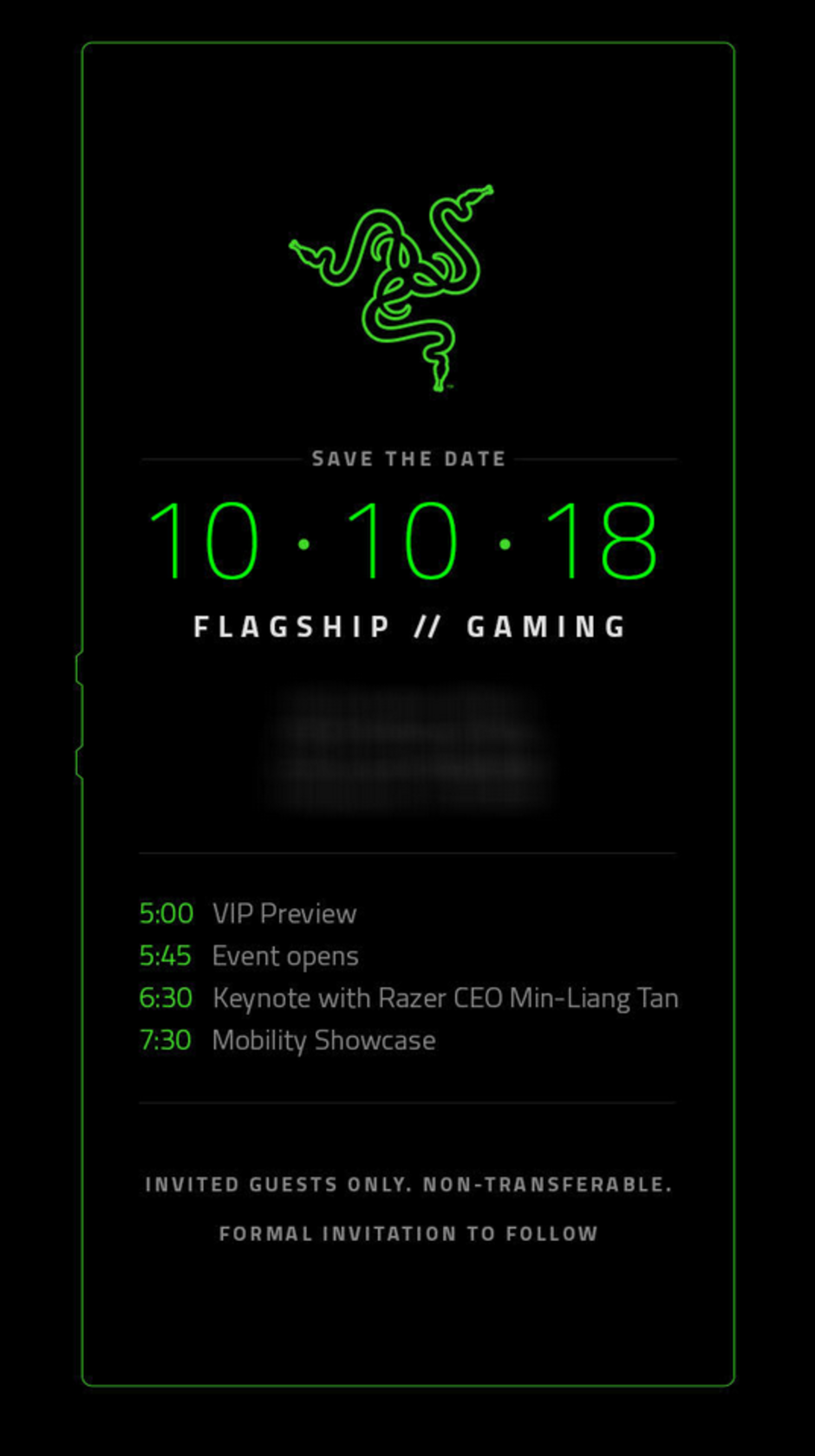 From the leaked renders currently making the rounds, it appears the alleged Razer phone 2 will look almost identical to its predecessor, at least from the front view, however, it is reported that the device might come with a slight change on the flip side- featuring what is believed to be a touch-sensitive panel on the lower rear.

The device much like its predecessor will flaunt a 5.7-inch QHD Sharp IGZO screen with a refresh rate of up to 120Hz and support for Qualcomm Q-Sync, with the SD 845 coupled with 8GB RAM under its hood. The device much like the Galaxy Note 9 from Samsung is expected to come in with a 512GB storage, and will run Android Oreo out of the box, but might get updated to Android 9.0 pie as soon as it is released.

Lastly, the renowned leaker, Roland Quandt reported a few days back that the Razer Phone 2 may include the proprietary Chroma lightning: an LED light technology found in most of Razer’s products which you can adjust to your preferences, down to the exact color tone.

The Razer Phone 2 is most probably going to be more of an internal overhaul, than a physical upgrade. We should get to know more about the device in the coming days.

Next [GizPoll of the Week] OLED or LCD Display - Which Do You Prefer?